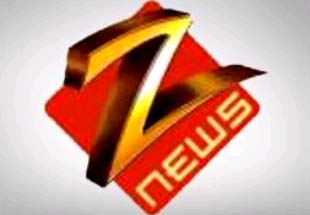 Net Profit before tax stood at Rs. 32.1 million. The Board of Directors, in its meeting held on 27th October, 2010, has approved and taken on record the un-audited financial results of ZNL for the quarter ended on September 30, 2010.

Advertising revenue showed a growth of 16.3% on YoY basis and stood at Rs 407.2 million for the quarter ended September 30, 2010 while subscription revenue for the quarter was Rs.194.1 mn which constituted 31.5% of the total revenue.

Zee Business channel continues to lead in viewership during the most crucial stock market band.

New channel performances have been as per the business plan and would break even as per the schedule. Zee 24 Gantalu has been improving upon its viewership position and is now 3rd in terms of time spent per viewer in Primetime in the crowded Andhra Pradesh news market. Zee News UP channel was a front runner in the Uttar Pradesh news market in terms of reach, time spent and share.

Similarly, 24 Ghanta was No. 1 in Q2 in the West Bengal news market both in terms of time spent per viewer and relative share.

Subhash Chandra, Chairman, ZNL, said, “I am satisfied with the encouraging performance of ZNL. The company has utilized the last two quarters to consolidate its position post demerger, and is poised to expand from here. The balance sheet looks sanguinely healthy and advertising & subscription revenues have continued to grow.

He added, “What is particularly heartening is that the company has managed to show robust growth at a time when most players in the industry have been facing degrowth. The results clearly demonstrate that our overall vision, creativity, and pragmatic approach are working in an industry, which is known for cut throat competition.”

Punit Goenka, Managing Director, ZNL, said, “Zee News Limited has shown creditable growth, and this instills in us the confidence to execute our future plans on a war footing. Our optimism is shared by the viewers of our bouquet of channels, who have given us thumbs up if we consider the rapid increase in our subscription base and revenue. I am reasonably sure that this growth momentum will help us to augment our businesses in the future as well; and besides profits, we will continue to garner appreciation and goodwill of our audiences.”

Barun Das, CEO, ZNL, said, “Our performance in the second quarter of this fiscal is commendable and reflects all round growth. All our existing channels continued to perform, while both the newly launched new channels are on path to meet their respective breakeven targets. Our focus to offer a bouquet of channels in national and vernacular languages has reaped rich dividends, giving us an edge over competition. Advertising revenues of 16.3 % would possibly standout as an exception in TV News industry. Moreover, our strategy to concentrate on the middle line besides top line has ensured that the company remains in fine fettle. Usually Q2 is the slowest quarter in terms of advertising revenue. Despite that, we are pleased to post a healthy EBITDA. In this context, the buoyant figures in Q2 set the pace for an even more successful Q3.”

The Q1 FY 2011 numbers do not include the performance of regional entertainment channels- Zee Marathi, Zee Bangle, Zee Talkies, Zee Telugu, Zee Kannada and Zee Gujarati, which have now been demerged from ZNL and merged Into Zee Entertainment Enterprises Limited (ZEEL). Hence the numbers are not comparable.