Rules in favor of COLORS against the notice issued by the Lonavala Municipal Corporation to stop the Bigg Boss-4 Shoot. 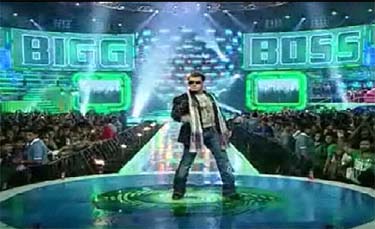 Rules in favor of COLORS against the notice issued by the Lonavala Municipal Corporation to stop the Bigg Boss-4 Shoot.

The Bombay High Court on Friday, 22nd October, 2010 ruled in favor of COLORS and granted it legal protection against the notice issued by the Lonavala Municipal Corporation to stop the Bigg Boss-4 Shoot. In its judgment, the Honourable High Court has ruled the status quo on the shooting of Bigg Boss at Lonavala should be maintained, thus paving way for millions of Bigg Boss viewers to continue enjoy the show.

Lonavala Municipal Corporation had pasted the notice at shooting location of Bigg Boss 4 on Thursday, 21st October, 2010. After receiving the notice on Thursday afternoon, Viacom 18 that telecasts the show moved the Bombay high court seeking a stay on the notice. The petition that was moved urgently just before the court could rise on 5pm on Thursday by Viacom 18’s advocate Ameet Naik was listed for hearing on Friday.

Lonavala Municipal Corporation issued the notice to stop shooting for Bigg Boss by saying that the organisers are shooting inside the temporary structure which is not meant to be used for shooting. The council asked them for the property card and other agreements made with the owner of the plot. After giving sufficient time for compliance the organizers failed to submit the documents.

While Viacom 18 had said that even if the council felt that the shooting area was illegal or violated rules, they should have been given sufficient time before asking them to stop shooting. They have said in their petition that the coucil was trying to stop the show for “colourable and extraneous reason”.