The tea brand has roped in a Bollywood celebrity as part of the campaign for the first time. Watch the TVC here. 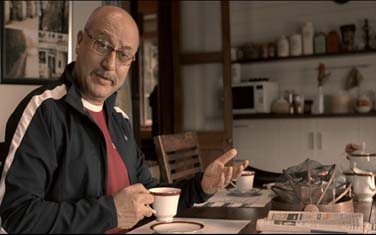 Red Label, the largest tea brand from the house of Brooke Bond, having a heritage of 140 years, is re-launching in October 2010. As part of the re launch, Red Label is launching a new advertising campaign in October. Hindustan Unilever has chosen Bollywood veteran Anupam Kher as the new face for the Brooke Bond Red Label TVC.  Anupam Kher, who is a regular drinker of Red Label Tea, has a reputation of being healthy and Red Label felt he was the ideal choice to star in the TV commercial. This commercial is the first of its kind project for Hindustan Unilever undertaken by Anupam Kher.

The TV ad revolves around a family wherein a young boy, who plays Anupam Kher’s grandson, is seen exercising with dumbbells as he believes that good health can be achieved solely by working out. Anupam Kher is playing the character of a health conscious grandfather who endorses the goodness of drinking tea in order to maintain god health. He explains the concept of how one can stay healthy by drinking tea which is rich in Flavonoids and boosts blood circulation, to his grandson. And ultimately the grandson realizes the grandfather’s point of view that tea is not just healthy but refreshing and tasty also, after drinking it himself.

Tea is one of the richest natural sources of Flavonoids. Flavonoids have scores of health benefits such as helping to prevent cardiovascular diseases. So while you savor the perfect rich red color, strength and taste of Red Label, you’re also benefiting from a blend that’s rich in healthy Flavonoids.

Tea is the most consumed beverage in India. It’s what keeps the world’s largest democracy going. Tea keeps you warm, and even cools you off. It can cheer you up, or even calm you down. But there’s more to tea that’ll change your perceptions forever. Despite loving our morning cup of tea, many people believe that tea is unhealthy and not good for our health. Hence, with their rich bank of scientific expertise, Broke Bond Red Label is aiming to bust these myths about tea.

Commenting on having Anupam Kher endorse Red Label, Arun Srinivas, Category Head-Beverages, Hindustan Unilever Ltd, said, “Brooke Bond will be re-launching Red Label tea in October as not just a tasty but healthy drink. As part of the re-launch, Red Label has roped in Anupam Kher, Bollywood film actor for its lead commercial. Anupam Kher was our first choice as he is a veteran in the film industry with versatile acting skills, a committed family man and has maintained his fitness levels over years. He endorses healthy habits and diet which fits in with Red Label brand positioning.” The re-launch will involve a change in Red Label’s brand positioning of being tasty and healthy. Red Label reveals the fact that it is a blend of tea leaves rich in natural flavonoids which give Red label its great taste and colour. Also it is proven that tea rich in flavonoids helps in improving the blood circulation which is good for your family’s health.