Sam Balsara of Madison Communications elected as Deputy Chairman of Audit Bureau of Circulation for 2010-11. 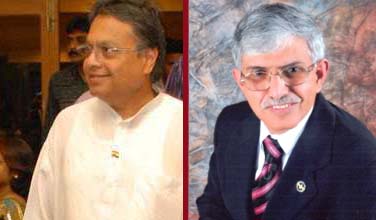 Sam Balsara of Madison Communications elected as Deputy Chairman of Audit Bureau of Circulation for 2010-11.

Vijay Darda, Chairman and Managing Director of Lokmat Group of Newspapers, has been elected chairperson of the Audit Bureau of Circulations for 2010-2011. Darda has been a member of the ABC's Council of Management since 2003 and deputy chairperson for 2009-2010. A third-time member of the Rajya Sabha, he has served some of the highest national and international media bodies in different capacities and contributed to both print and electronic media.

During his tenure as President of Indian Newspaper Society and deputy chairman of ABC, Darda has initiated several projects for the promotion of the newspaper industry. Darda, who served as a member of the Press Council of India for two consecutive terms from 1998, was also elected as the founder president of the South Asian Editors Forum.

Darda is also the recipient of several journalism awards, including the prestigious Feroze Gandhi Memorial Award and has several books to his credit. As the editor-in-chief of the Lokmat Group of Newspapers, Darda has highlighted the problem of the common people.