Despite the increase in the entries this year, Indian agencies managed to clinch 35 trophies out of 80 entries. 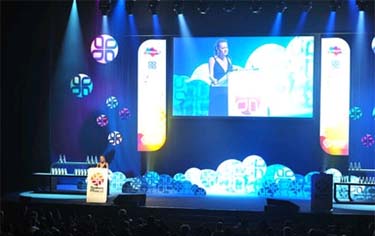 Despite the increase in the entries this year, Indian agencies managed to clinch 35 trophies out of 80 entries.

The winners of Spikes Asia, the leading creative advertising competition for Asia-Pacific, were revealed at an Awards Ceremony which took place at Singapore's Esplanade Theatre on 21st September.

Of the 3058 entries competing at this year's awards, the jury awarded a total of 273 Spikes Asia trophies across the 11 different categories.

Among Indian agencies, Taproot India topped the list with 7 metal including 4 Gold, 2 Silver and One Bronze. The one year old agency picked 2 Gold and 2 Silver metals in Print, Print Craft and Outdoor categories for its Conqueror campaign for Transasia Paper. Taproot’s another path-breaking campaign titles ‘Aman Ki Aasha’ for The Times of India bagged 2 Gold and a Bronze metals in Media, Integrated and Direct & Sales Promotion categories.

Interestingly, except Taproot, no other Indian agency has managed to win more than one Gold.

McCann Worldgroup remained on No.4 position with 1 Gold and 1 Bronze spikes for its Clothesline campaign for Onida Washing Machine.