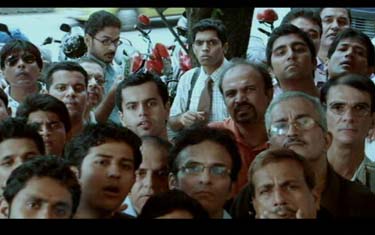 There is much noise in the air around Commonwealth Games in October and so the big battle of reality shows among GECs. With the aim to bring people closer to sports in general and Commonwealth Games in particular, Hindustan Times has launched new campaign. The daily has also tried to encash the war of reality shows schedule to break in October through one of these campaigns. The campaign including 4 TVCs is conceptualized by Lowe Lintas which broke on air on 15th September, 2010.

It is an extension of famous ‘It is the time’ campaign carried out by Hindustan Times in the past through which the leading English daily of the country educates people to “Pause, Think and Change”.

This time around, the idea is to keep the communication topical and to take up these issues to engender change. Apart from increasing general awareness about CWG, the campaign also proposes a change in the way people are putting undue pressure on young children to participate in reality shows.

Take a look at all 4 TVCs and their objectives below:

Player Film: The current trend of maligning games is not meant to be propagated or endorsed. The intent is to bring a halt to such malice and shift the focus on sports.

Travel Agent: The need of the hour is to support the Commonwealth Games and not run away from it. It needs public’s active support and encouragement.

Shop Window: Non-cricket sports need to get more public support. The idea is to champion other sports too as awareness would help.

Reality Show: There is an immense amount of pressure on children today owing to the advent of reality shows. In fact parents are also quite hands-in-glove.