Second quarter of IRS 2010 has given mixed results for Hindi dailies in Delhi market.

Second quarter of IRS 2010 has given mixed results for Hindi dailies in Delhi market.

This measure is considered to be a more relevant measure of ‘real’ or ‘regular’ readership, especially for newspapers, most of which have been read / ‘consumed’ as matter of daily habit. Conventionally, media planners even calculate & compare cost-benefits of dailies based on the AIR figure. And hence it is perhaps most relevant to study readership trends as well in terms of AIR.

Lokmat Remains No.1 Among Regional Dailies 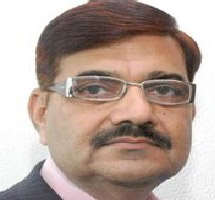 Hindustan Rides On The Wave Of 1 Crore Readers