ZEE to rake in Rs 130.7 billion in revenue at Rs 436 million per match from ICC TV rights

A report by Elara Capital suggests that ZEE will have to invest aggressively to build a new sports offering, spend on marketing and promotion of the same. It will also have to build a subs base in current market conditions for TV, wherein ARPUs are regulated 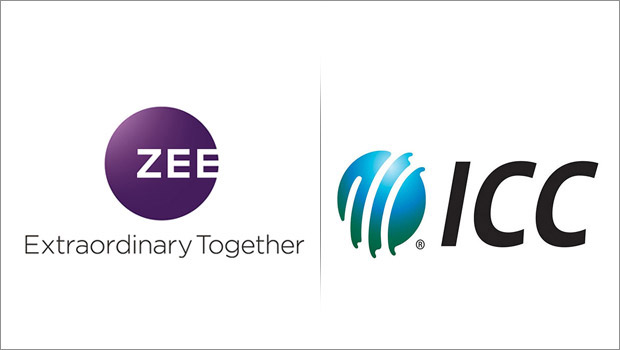 Zee Entertainment Enterprises may draw Rs 130.7 billion in revenue for the TV rights of International Cricket Council (ICC) matches, at an annual ROI of 2.2% over four years, according to a report by Elara Capital.

ICC rights for marquee international tournaments were bought by Disney for $3 billion (CY24-27). Last month, Disney Star announced that they have entered into a strategic licensing agreement by way of which Disney Star will license the television broadcasting rights of the ICC Men’s and Under 19 (U-19) global events for a period of four years to ZEE.

TV rights accounted for 49% of the total value in the recent IPL auctions. Based on the assumption that the cost of acquisition in the TV segment is at 50%, Zee has paid a cost of around Rs 436 million/match, around 22% lower than that for IPL TV rights.

According to Elara Capital, “This is a big premium (discount of a mere 22%), as pricing is high only for India- based matches. And if India does not qualify for the later stages, the pricing may converge sharply (down 40-50%). As per our assessment, India matches contribute 9-17% of the total matches in marquee tournaments based on performance. Thus, it is important for India to perform well to recover the hefty content cost.”

Elara Capital expects this deal to be earnings-dilutive in the near term and FY25E earnings to be cut 14%/8% (standalone ZEE/Consolidated merged entity). Although, Elara's analysis added that this deal also has the potential for a 61% upgrade (standalone ZEE) in FY28E helped by Cricket World Cup.

What works in favour

Sport is a genre that is least impacted in terms of eyeballs, as the audience wants to watch it live, as compared with other genres that are more catch-up in nature.

In sports, cricket is set to continue with its outperformance spree vis-à-vis the TV industry’s average growth on adex. But the quantum of outperformance may converge towards 12% CAGR in the medium-to-long term. This is owing to stagnated eyeball growth in TV escorted by a potential downside risk if the audience veers to selective viewing. Nonetheless, TV and digital may coexist for sports, as the digital medium is more convenience-viewing-led, whereas sports is watched on the large screen, by a larger group. Note that India’s sports adex – dominated by cricket (94% share in sports media rights in CY21) – contributed 19% to total TV adex in CY21, which has spiked sharply from 9% in CY17, helped by a CAGR of 24%. This is 3X the growth of the TV industry in the same period (8.4% CAGR).

Elara Capital’s research stated that ZEE’s entry into sports will be an added advantage for ZEE/Sony as an entity, as Sony too has multiple properties in the sports genre. This will help go to market together if the merger goes through.

Cable ARPUs in India are much lower for TV (Rs 300-350 for more than 700 channels), as compared with digital, wherein monthly ARPUs could be as high as Rs 600-700 for key OTT platforms (Netflix, Amazon, Hotstar, Zee5, Sony Liv, Voot). This just indicates that TV is for the masses and is here to coexist as a medium with digital.

“Zee has acquired marquee national cricket properties, which have a larger fan base in India and globally. IPL, as a tournament, may get monotonous with a consistent increase in the number of matches, but international tournaments have their own advantage. Most of these tournaments are preferred to be watched live on large TV screens than just on mobile,” wrote Elara Capital in the report.

Zee gets some advantage on the distribution side too, as having sports offering somewhat positively impacts the bargaining power in distribution (higher offtake of Zee bouquet will help to cross-sell its other channels).

The report further said that it will also enable exposure or dealing with a larger set of advertisers (cricket as a segment is more male-centric and has a very different set of advertisers as compared with GEC). This may lead to bundled deals in advertising and help cross-sell other content.

The report mentioned, “Zee has lost ground on viewership share due to loss in regional space and intensifying competition. It may want to make inroads into the urban audiences and sports is the only quick fix for this, which will help overall viewership share gain for the entity.”

According to the Elara Capital’s report, usually, only one marquee cricket tournament transpires every year and the time frame of some of them is very limited (three weeks sometimes), which limits monetisation opportunity as compared with IPL, which sustains for two months (may increase further going ahead, with more matches).

Key matches in the marquee tournaments account for ~20-30% of the matches (play-offs and India matches), as other country (non-India) matches offer a low potential in terms of monetisation.

TV as a medium has the highest reach in terms of eyeballs, but viewership for TV is expected to be stable or decline marginally due to limited growth opportunities.

The report suggested that ZEE will have to: 1) invest aggressively to build a new sports offering, spend on marketing and promotion of the same and 2) build a subs base in current market conditions for TV, wherein ARPUs are regulated.

“Sports is a scale business and the company owning all types of sports with a wide variety has an edge in general bargaining power with the ecosystem. Star had an unmatched advantage due to its strong positioning in the sports genre,” said Elara Capital.

Elara Capital believes the acquisition price is 22% lower than that paid for IPL; the pricing per match of IPL is not comparable with the World Cup, as it has 50 overs (more inventory than a T20 match) – Pricing (10-sec slot) for a 50 over match is generally 40%-50% lower as compared with an IPL match.

Therefore, Elara Capital stated, “We believe this acquisition strategy may be a negative as World Cups have lower viewership share for most matches that are non-India, whereas IPL generally has a higher share of eyeballs, making it tough for Zee to monetise content cost.”

Through FY17-22, Indian TV ad revenue CAGR was 8.4%, whereas, in the same period, Indian sports ad revenue CAGR was 24.1%. This clearly implies that consumption of the sports genre is increasing in India every year, with companies paying increased prices to advertise. Through FY17-22, TV ad revenue generated by broadcasters from ICC tournaments posted a CAGR of 19-25%. The cost per 10-second ad slot of the ICC T20 world cup was 68% lower than that of IPL. We estimate sports adex to grow at a CAGR of 12% over the medium term, slightly lower than historical averages, due to limited potential for viewership growth.

ICC tournaments – TV viewership may grow to 358 million in FY28E

The report mentioned that the viewership for ICC tournaments is expected to grow to 358 million in FY28E from 338 million in FY25E, whereas in the same period, IPL TV viewership may grow from 419 million to 444 million.

“This shows that IPL is a bigger property when compared with ICC tournaments. We believe that TV growth rates may not be that high, though sports is growing faster in the digital segment. Also, cricket retained the lion’s share of viewership at 79% in CY21. Eyeballs would be favourable for marquee ICC tournaments if they are held in India or the Indian subcontinent,” stated Elara Capital report.

It added, “Broadly, Star was the leader in cricket properties but going forward, this may split between Sony and ZEE. In the future, Sports18 may acquire cricket properties as well, which may lead to fragmentation in the sports TV market. It will be a favourable situation if emerging sports pick pace as well.”

ZEE may rake in around Rs 130.7 billion of TV advertising and subscription revenues in FY25E-28E due to the presence of marquee tournaments, swrote Elara capital in the report.

Star India paid around Rs 561 million per match for acquiring TV rights of the IPL whereas ZEE is estimated to have paid Rs 436 million for acquiring the TV rights of ICC tournaments, lower than what Star paid. The prices are not comparable since the cost per 10-second ad slot of IPL is much higher (>60%) than what is for the ICC tournaments. Even after this, Zee may recover the cost through FY25-28.