Television combined with measurability and high engagement gives CTV an edge over others: Rahul Talwar of Max Life

In an exclusive interaction with BestMediInfo.com, Talwar, Chief Marketing Officer of Max Life, highlights the advantage of CTVs in targeting audiences 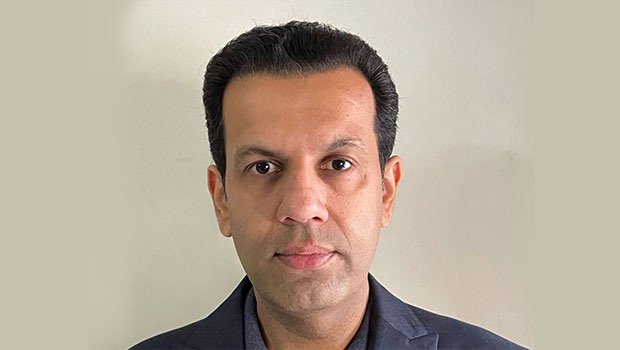 The adoption of connected TVs amongst consumers is the latest trend in the world of home entertainment, as per Rahul Talwar, Chief Marketing Officer of Max Life Insurance. He also said that this was the reasoning behind the brand launching “Term Plan for Homemakers” campaign on the medium.

Households are increasingly becoming multiscreen, hence, the entire concept of television being the most effective medium in terms of reach and cost is changing, as per Talwar. Television combined with a frame of measurability and high engagement is where CTV has an edge over others.

According to Talwar, the decision to launch the campaign on CTV in association with Disney+ Hotstar was taken after careful consideration. The aim was to target the homemaker segment for which Max life chose CTV, which helps the brands to find out the insights on audience consumption better along with the availability of premium content quality. However, after the pandemic, OTT platforms became preferred by audiences because of their engaging content.

The sharpshooting of audiences is going to be much more efficient on CTVs as compared to traditional ones. As per the data available in the next three to four years, the country is going to hit a base of about 80 million connected TV households, noted Talwar.

Marketing over the years is becoming more and more mainstream. As per Talwar, for any marketing investments done, the demand of the business and the environment is to make it more measurable. Hence, CTV provides a great marketing opportunity as it already comes with the advantage of measurability and has the benefit of delivering content in preferred languages.

Supporting this with some data, he further said, “We believe 90% of the CTVs users use social media and about 80% of the CTV users use e-commerce. While around 40% of the users are gamers or are into the gaming world”

Therefore, connected TV would be a strong lever in the marketing mix for brands and propositions that want to sharp shoot their audience. Also, CTVs are no longer only about premium or non-premium customers, rather it is more about giving brands a demographic of a consumption pattern of content and today content gets consumed irrespective of the economic strata, added Talwar on targeting premium audiences on CTVs.

Max Life Insurance recently launched the ad film campaign to create awareness about the need for a term insurance plan for homemakers without furnishing the husband’s income proof, to empower them financially in the long-term.

The digital ad film features actor Boman Irani as the protagonist, motivating women to skill themselves in the art of self-defence as well as to equip themselves with the financial freedom to protect their family’s future. Talwar said, “We needed a voice that could carry the gravitas and the stature for the campaign and that’s where Boman Irani came into our strategy.”

Upon being asked whether using celebrities in marketing campaigns for a product like life insurance is a smart move, Talwar said that using celebrities allows them to be universal, makes them more appealing to the target audience, and also boosts brand recognition.

However, for content marketing purposes Talwar believes that brands should not be too much in the face as it can put off the audience.

Max Life’s fundamental marketing strategy works on the formula of ABC which is ‘always on brand for their customers’, as per Talwar. He said that if the customers are omnipresent and are consuming content on multiple screens or touchpoints, Max Life Insurance is going to tap into that world, be it a podcast, audio or visual format.

Besides, it is the responsibility of the brand and the business to keep continuously engaging the customer with a high degree of personalisation and customisation, as per Talwar.

Along with this, Max Life Insurance also tries to have an omnichannel approach to engage with their customers, like by providing them a ‘Do it yourself menu’ or helping them with physical and digital services.