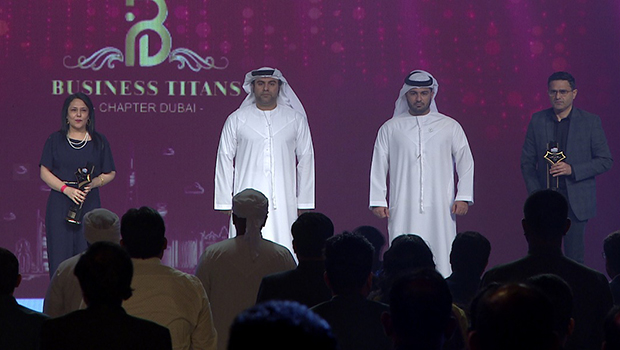 The three-day event celebrated the accomplishments of Indian entrepreneurs for upscaling their business through unwavering resilience and innovation. The event was held at the Dubai in the presence of Indian business tycoons, Bollywood celebrities, and social media influencers.

The event was held on August 27 at Grand Hyatt in Dubai where Radio City felicitated over 92 Business Titans across 20 business categories from multiple industries. The event witnessed the participation of some big names from the Indian entertainment industry that include Vivek Oberoi, Neha Dhupia, Sophie Choudry, and Kainaat Arora.

These Bollywood stars presented accolades to the entrepreneurs and commended the winners for establishing a successful venture.

Bu Abdullah, Chairman of Bu Abdullah Group and Kabir, COO of Majestic Investments, Private Consultant to His Highness Sheikh Majid Rashid Al Mualla from the royal family of Umm Al Quwain also demonstrated appreciation towards Radio City’s initiative by gracing the occasion with their presence. The magical evening also saw some of the most scintillating performances that enthralled all the attendees.

Ashit Kukian, CEO, Radio City, said, “As a pioneer in the industry, Radio City has always been at the forefront of developing ground-breaking properties to make a lasting impression. Indian enterprises are flourishing by integrating innovative ideas and technologies in their business strategy; thereby contributing to the growth of the Indian economy. We launched Radio City Business Titans with the objective of offering Indian businesses a prestigious platform to celebrate their triumphs and foster their business excellence. It was an absolute pleasure to honor and felicitate revolutionary Indian business leaders in the most glamorous setting, Dubai, at the inaugural Radio City Business Titans event. We are confident that the upcoming editions of Business Titans will continue to fortify the realm of business ownership that will effectively bolster the economy.”

The endeavour aims to boost optimism among business leaders in augmenting their business growth and contribute to the advancement of the Indian economy. After a successful culmination of the first edition of Radio City Business Titans, the radio platform has started gearing up to launch the second edition with the ambition of making it even grander and momentous at another enthralling location.