How brands can leverage programmatic for CTV and DOOH

At the IAMAI India Affiliate Summit 2022, experts dive deep into the nitty-gritty of programmatic advertising and how it can be used by brands to further venture out into new-age mediums like CTV and DOOH 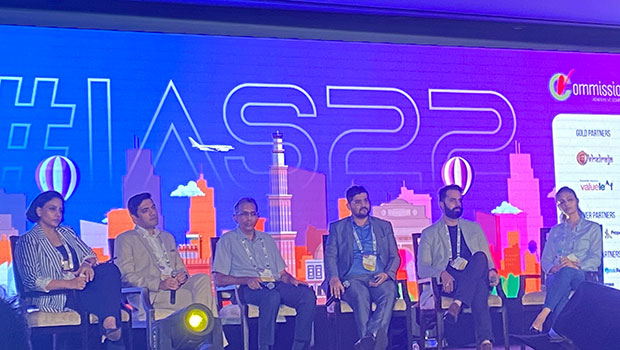 Programmatic advertising has gained prominence in digital advertising with brands consistently looking out for ad-tech and mar-tech options in order to achieve an increased reach, leads and conversion rate. As a result, marketers are also on the lookout to explore newer ad formats in the new-age mediums like Connected TVs and DOOH to make a mark.

As per Bhairavi Rangarajan, Head-Digital Marketing and MarComm, Kohler India, “Being a marketer, one is always asked about Returns On Ad Spends (ROAS), so the first focus always goes to in-market or the bottom funnel while the top-funnel takes a backseat. It is crucial to first define the purpose of your bottom funnel and top funnel in the customer journey and then use relevant measurement metrics.”

Delving into the nitty-gritty of the top and bottom funnel, Rangarajan said, “While the bottom funnel mainly involves conversions, leads and traffic as the measurement metrics, the focus of top-funnel metrics should be on garnering more attention and engagement which could vary from scrolls on page, view-through rate, interaction on the website, etc.”

Additionally, she also highlighted that when programmatic campaigns are run systematically, over a period of time, it helps in increasing direct traffic on the website and results in an uplift in brand search queries.

She further went on to add that because of limited budgets, when one looks at the bottom funnel, then reach and frequency followed by remarketing becomes very crucial to cut through the clutter and that approach can be adopted for the top funnel.“At such a point of time, making cohorts of people with certain interactions and time spent on the website can help increase the reach and frequency,” she said.

As per Pranjal Desai, Country Manager (India), MediaMath, “Different brands have different objectives when they roll out marketing campaigns for promoting any specific product or service based on the life stage of the product, its usage and category, etc. Apart from the launch campaigns or burst campaigns, whenever any brand invests in long-term sustenance or an always-on campaign in the programmatic world, it gives the brand a better ROI on every level of the funnel.”

Speaking on why data or a sustenance campaign is important, Desai highlighted that MediaMath’s Demand Side Platform (DSP), called ‘The Brain’, is purely based on algorithms, machine learning and artificial intelligence tools and it looks at over 50 variables at any given point of time.

“In run-time when there is a bid request, The Brain has to decide as to whether we want to bid on the request at all and if yes, what is the bid price that we want to bid on. It looks at the market variable- the publisher who sent out the bid and at what time followed by different CPMs that we have bid on and second is the user variable which is the propensity of the user-conversion. This is where the data which is being collected with all the campaigns running by several brands becomes highly important and makes the decision richer,” she said.

She further went on to add that every DSP goes through a crawl-walk-run phase, but patience is the key to taking any campaign from the crawling to the running stage.

Commenting on the importance of media quality or ad verification in India, Saurabh Khattar, India Lead, Strategic Partnerships, Integral Ad Science, said, “There are three main parts of ad-verification or media quality, with the first being brand safety which includes ensuring that wherever the brand is spending money, it is not in the wrong environment. Secondly, ad fraud which currently for any campaign stands between 5-50% and thus the brands should understand that it is not about cost paying, but cost saving. Lastly, the viewability helps to ensure that where the money is being spent and are the ads even being seen by the right audience, be it on any page, domain, type or placement.”

As per Nitin Guleria, Deputy General Manager, Samsung Electronics, “Connected TV is one of the most promising place in the new-age media owing to the increase in digital consumption. The new age buyers are jumping directly from mobiles to a CTV, so the overall adoption is expedited. However, DOOH has still got a long way to go.”

Adding to this, Nitin Chowdhary, VP-Performance, Times Internet, also stated that the first device for people belonging to the cord-cutting generation is going to be Smart TVs and they will be more rightly be referred to as Smart TV natives rather than digital natives.

As per Shaan Raza, CEO, Optimize Media Group (India), “When we talk about the role of programmatic in Connected TVs, from a marketer perspective, one can use all the advanced audience targeting techniques, launch the campaign anytime while tracking it in real-time and do dynamic creative rendering and data harnessing to further make different cohorts.”

Commenting on the future of CTVs in India, Guleria also pointed out that there is huge growth potential and the market is growing by three digits, thus Samsung is also coming up with Samsung Ads as part of its OEM which will cater to programmatic advertising on CTVs.

Furthermore, Pankaj Sharma, CEO and Director, MGID, stated that what led to the rise of the CTV was the pandemic and what has been fuelling it since then is that it has a more targeted approach towards advertising. “We have seen a certain portion of ad-spends shifting towards CTV now, primarily because we have a lot of data and due to family viewing, there are a lot of eyeballs to target,” he said.

Concludingly, Raza went on to point out that the CTV growth is majorly coming from the rise of individual OTTs. “The major benefit with opting for a programmatic channel is the transparency and factors like seeing ROI on the campaigns and the unified reach on one platform,” she said.