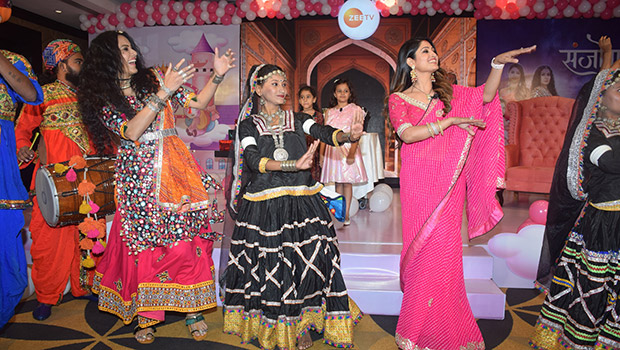 Zee TV and Rashmi Sharma Telefilms have come together yet again to present viewers with a new fiction offering – Sanjog, an intense family drama showcasing the journey of two mothers, Amrita and Gauri.

Though they hail from diverse backgrounds, they have one thing in common and that is the unsettling feeling of not being able to see themselves in their own daughters. Little does each of them know that the daughter they have been raising all their lives comes from a womb other than their own. The show will be aired every Monday to Friday at 10 pm, on Zee TV.

In the run-up to the launch of Sanjog, the channel has set out on a marketing and PR drive across the country to ensure that the fiction show creates mass hysteria of an unforeseen magnitude.

The highlight initiative was the poetry narrated by popular spoken-word poet Priya Malik, alongside Sanjog’s lead star Kamya Punjabi, on the special bond between a mother and her child. The poem ‘Maa’ basically captures the essence of the show and the understanding of motherhood in a heartfelt, recital construct. Malik herself composed the poem and the narration was produced by UnErase Poetry.

Check out the video here –

In another initiative, the popular television actor Sakshi Tanwar had a candid coffee table chat with the leading ladies of the show - Shefali Sharma and Kamya Punjabi. Sakshi, who has been the quintessential loving mother of television for years, spoke to Shefali and Kamya about the special bond mothers have with their children. They also spoke about the show’s unique storyline and the differentiated characters and the message the show tries to send across.

Check out the video here: -

On August 17, Sanjog was also unveiled in front of pan-India media at a mega launch event in Mumbai amidst a Rajasthani set-up along with an authentic ambience to give everyone the true flavour of the show, its theme, culture, and traditions. Both Punjabi  and Sharma performed a skit depicting the core premise of the show. They even joined a few Rajasthani dancers for an epic Ghoomar performance, adding a touch of excitement to the proceedings.

In line with the show’s core premise of real motherhood being based on caregiving and upbringing rather than biological birth, Zee TV also invited a group of foster children from SOS Children’s Villages India, India’s largest self-implementing NGO in the field of securing wholesome childcare and development, to meet with our leads – Amrita (Shefali Sharma), Gauri (Kamya Punjabi) at the show’s press conference. The actors interacted with the children and their foster-mothers, heard their heart-warming journeys out and pampered them with a lot of love, admiration, and surprise gifts, making the day even more special for them.