Difficult to correct compensation, as women are hired at poor salary base: Deepika Warrier of Diageo

The International Advertising Association (IAA), India chapter, hosted a summit on Gender Sensitisation In Media, in one of the sessions, the issue of women in leadership roles was discussed at length 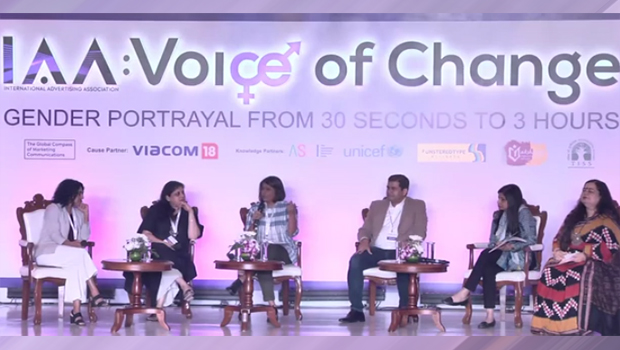 Companies and the media industry have started paying attention to putting women in leadership positions, however, it is a slow process as it requires merit as well as years of training for someone to take charge of these roles, this was revealed during the ‘Follow Her Lead’ session at a summit hosted by the International Advertising Association (IAA), India chapter.

“Change is hard, the representation of women in leadership is a reflection of society. We have gone backwards during the pandemic. The needle is moving slowly because of a lack of insight, people don't even think it through and come up with authentic solutions. A complete lack of training is also one of the reasons. We are working on a module for recognising the bias and overcoming it,” she added.

In the advertising industry, an industry that was called the industry of ‘Mad Men’, it is really difficult to find women in leadership roles, however, that is also changing. Tista Sen represented the changing face of the ad industry and how female leadership is an important reason for it. Sen spoke about how advertising is an accountable industry and it has the responsibility to create ads that actually speak about women.

Priyadarshi of HUL brought in the perspective that only 2% of the population is actually concerned about the issue and it can never be the solution. He said, “The consumer is far ahead of us. Understanding is very important. We should talk to the real people of the country to actually understand their progressive minds.”

“One of the mistakes that we make as marketers is looking for the average consumer. Catering to the least common denominator. Consumers want content that levels up. The challenge is to make that content and keep taking baby steps which will add up to a bigger change,” he added.

Sen said that it is very important who gets to sit at the table, she further also said that there are no bad ads. As per Sen, there are indifferent ads which are not questioned much. She also urged advertising agencies and brands to have an accountable approach.

Talking about the organisations that got it right, Lipika Kumaran said that women who are successful are usually alone. In the modern-day ads, somehow women are not letting go of what they are expected to be, an all-rounder.

Professor Vasavada spoke about the laziness of the brands as well as consumers. She stressed that it is a team effort, be it the agency or the brands. She gave an example of Dove, which is trying to create awareness.

Professor Vasavada shared her thoughts that ads show that women will change men. There is pressure shown in the ads to improve men.