Dhara puts focus on mealtime conversations through its #KhaanePeKehna campaign

The newly introduced campaign is in line with the brand’s communication narrative of urging consumers to bring in a ‘badlaav’, with this time, putting focus on mealtime conversations 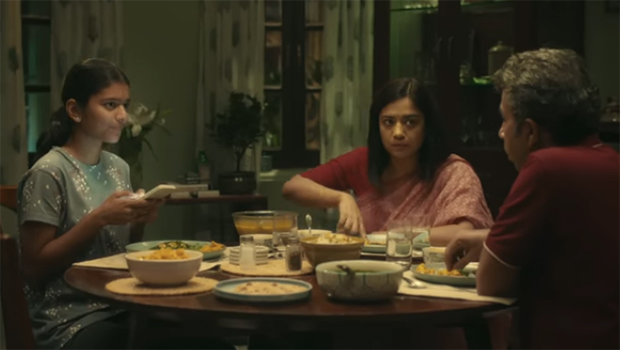 Edible oil brand from the stable of Mother Dairy Fruit and Vegetable, Dhara has rolled out a new campaign titled #KhaanePeKehna.

The newly introduced campaign is in line with the brand’s communication narrative of urging consumers to bring in a badlaav, with this time, putting focus on mealtime conversations.

The campaign seeks to build upon its overall brand proposition of Zara Sa Badlaav.

The month-long campaign, conceptualised by Dhara Edible Oils and executed by DDB Mudra North along-with Wavemaker, is led by a DVC, entailing an engaging narrative of making difficult conversations easy over a meal.

The new communication narrative, initiated with emphasis on Dhara Lite n Fine Refined Soyabean Oil, gradually aims to position the company’s edible oil variants as an everyday use cooking oil for all families.

The DVC is going live across the brand’s social media handles along-with select OTT platforms and is further spread across print, radio and OOH mediums.

Manish Bandlish, Managing Director, Mother Dairy Fruit and Vegetable, said, “Given today’s lifestyle, many-a-times it becomes difficult to strike a conversation even amongst family members. What adds to it is the hesitancy we often face in initiating difficult conversations. With this new campaign, we intend to call for this badlaav, wherein we are striving to make these conversations easier. Many families in our country have the tradition of coming together, out of their busy schedules, either for lunch or dinner. Dhara’s overall positioning of Zara Sa Badlaav is all about bringing that desired and positive change in life be it healthy habits, mindsets and routine. In line with the same thought, this new campaign advocates the ease of having conversations over a meal.”

The film opens on a dining table, wherein a family of three including mother, father and their daughter are trying to have a casual conversation. The daughter’s phone, lying on the table, gets a notification to which she sees and smiles.

The father, thoroughly enjoying the food, notices that. Now, the phone rings. Aware of the presence of her father, she immediately disconnects and types a quick message. They are back to eating but within seconds she gets a call again. She immediately disconnects and turns the phone upside down and sees if her father was looking at her. Father moves his eyes on to his meal. It is then that the father touches the dish in front of him and asks her daughter to reheat a food item. The daughter abides, leaving her phone behind on the table.

It’s only the parents on the table now and the phone vibrates due to a call. Quietly, the father’s hand moves towards the phone. While his hand is midway, the wife puts a namakdaani in the way. The mother then asks the father to ask his daughter what’s going on in her life. As camera pulls out, we see daughter talking to her father, and the vibe on the table is very friendly. The film ends with Dhara’s signature tune Dhara-Dhara, shudhh Dhara, with the voice over stating ‘Zara sa badlaav banaye life behtar. Toh jab kuchh samajhna ho ya samjhaana ho, rishton ko sehatmand banana ho, bas Khaane Pe Kehna.’

Commenting on the campaign’s execution, Mr. Ashutosh Sawhney, Managing Partner - North, DDB Mudra Group, said, “‘Khaane Pe Kehna’ is Dhara’s attempt at helping bridge the trust deficit between children and parents of today, over food. The campaign is based on the insight that parents often believe that having access to their children’s lives and secrets is their right. They forget that trust is not one’s right - it is what must be earned. We hope that that this 360-degree campaign not only initiates a change in behaviour amongst parents but also appeals to the younger audience who will become core consumers for the brand in the future.”