To mark the end of the campaign, #CallItOut artwork and a #EmpowHER marathon in partnership with the Delhi Police will be organised on Sunday 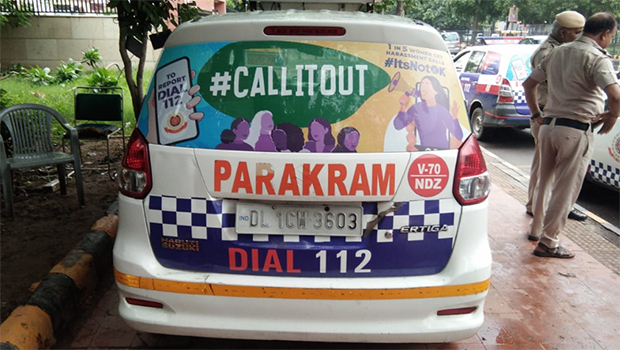 The six-month long #ItsNotOk campaign of News18 Network and Truecaller is all set to end with a #CallItOut artwork and a #EmpowHER marathon in partnership with the Delhi Police to encourage women to fight harassment both in physical and digital spaces.

As of now, the campaign has reached about 1.65 billion users on digital platforms with a message to call out harassment, by blocking harassers on Truecaller and reporting them to relevant authorities to increase women safety.

The Ministry of Culture has also extended their support as part of 75 years of Azadi ka Mahotsav.

The #CallItOut artwork will be visible on the main wall of the iconic Civil Lines Police Station in Delhi that will be unveiled by the Commissioner of Delhi Police, Shri Rakesh Asthana on July 29. It will be also attended by Delhi University Proctor, Rajni Abbi, Delhi Police DCP North West, Usha Rangnani, and Single Mom & Blogger, Anupriya Kapur.

Created by the Delhi Street Art, it will portray inspiring stories of women who have found the courage to call out harassment, to inspire others in society to report harassment when they see it.

This will be followed by the #ItsNotOK EmpowHER run on July 31, where hundreds of runners will run on a route designed in the shape of ‘ITS NOT OK’. This is an act to show the determination of women and committed citizens to reclaim physical spaces.

One can also see a version of the artwork on the rear windscreens of the Delhi Police Emergency Helpline Vehicles to take this message to all the Delhites encouraging them to participate in this movement to minimise harassment in society.

Commenting on the initiative, Pragya Misra, Director of Public Affairs, Truecaller, India, said, “The culmination of #ItsNotOk is not the end of this effort but just a stopover in our journey of this movement to drive safety in digital communication and in the real world. The campaign has empowered millions of people around the world to fight harassment and this year, we took it a step ahead by encouraging women to report harassment to the authorities in addition to blocking them on Truecaller.”

She further went on to add, “Through the #CallItOut movement, several women across the country came together to call out harassment with the confidence that they have the support of local law enforcement and the community. We are delighted to partner with the Delhi Police on this initiative and their support in forwarding our mission of making digital communication safe.”

Sidharth Saini, SVP Marketing, Content & Operations at Network18 Studio, said, “Our partnership with Truecaller is a testament to how corporates and media platforms can come together and be a voice for good. This has been an enriching initiative for all stakeholders involved - one that successfully put a spotlight on women safety and demonstrated the power of the community to put up a collective fight against harassment."