Cookie-less future: What other alternatives do advertisers have

Google has pushed the phasing out of third-party cookies till 2024. But advertisers don’t want to wait till the last moment to figure out other alternatives to track consumers on the web. What are the options? BestMediaInfo.com finds out 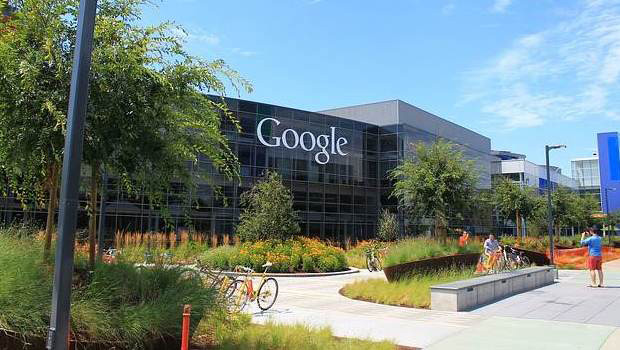 Google has again delayed its plan to phase out third-party cookies on Chrome until 2024. Initially, the tech giant had announced it will phase them by 2022 and then pushed it to 2023. The delay will give the industry much-needed time to adapt to a cookie-less world, the tech company has said.

Third-party cookies are currently used by advertisers and businesses to track a visitor’s web activity, which helps any website showcase relevant ads according to the person’s online behaviour.

In a statement, Anthony Chavez, Vice-President, Privacy Sandbox, Google, had said about the latest developments, “The most consistent feedback we’ve received is the need for more time to evaluate and test the new Privacy Sandbox technologies before deprecating third-party cookies in Chrome. This feedback aligns with our commitment to the CMA to ensure that the Privacy Sandbox provides effective, privacy-preserving technologies and the industry has sufficient time to adopt these new solutions.”

“This deliberate approach to transitioning from third-party cookies ensures that the web can continue to thrive, without relying on cross-site tracking identifiers or covert techniques like fingerprinting. For these reasons, we are expanding the testing windows for the Privacy Sandbox APIs before we disable third-party cookies in Chrome,” added Chavez.

What are the alternatives?

However, digital experts suggest this delay is an opportune time for advertisers to prepare themselves even more robustly for a cookie-less world. Some also suggest that Google has been struggling to phase cookies out.

“Actually the deadline is NOT extended. A careful look at the timelines reveals that they are still spending time with the regulatory authorities in aligning their alternatives. The updated APIs will be available by Q3 2023, which essentially means publishers have the next one year to better understand the same and what it means to them, all across the world. I would like to believe that the publishers are not going to wait with folded hands for Google to reveal the APIs and then they will start testing it.”

“Keep testing the APIs (Application Programming Interface) from now, for your own sake. It is not a switch that goes off. This needs to be a careful engagement at every stage. There is no time,” he added.

Vivek Kumar Anand, Director- Business & Innovation, DViO Digital, stated that while the delay is a relief, the audience’s demand for privacy is something advertisers cannot ignore.

“We marketers must be ready for this new privacy-first digital world. For example, look at how the industry took a hit from privacy changes by Apple’s operating system, limiting advertisers from accessing an iPhone user identifier. We marketers who thrive on third-party data for sharp and contextual targeting would have to navigate this pivot with new alternatives that can prevent individual tracking while still delivering results. I believe Sandbox will have that capability but we need to be mindful that Chrome accounts for more than half of all global web traffic. If this Privacy Sandbox API is not tested very effectively before phasing out the third party cookies, we can only imagine the impact it will have,” said Anand.

“Hence, it makes sense for Google to delay the phasing out. As per the report, the plan is to expand the group of Chrome users who have Privacy Sandbox APIs enabled to ‘millions of users globally’ and then give the publishers and developers time to find out how the technology works before the APIs are ‘generally available’ and I think it makes sense,” he added. 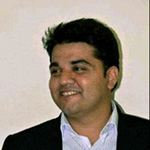 Similarly, Kedar Kulkarni, Vice-President - Digital, Puretech Digital, stated, “A cookie-less world is something that will be a reality but it will take a while for us to be prepared for it. The adoption of CDP (Consumer Data Platforms), first-party data and many such conversations have already started unravelling within the ecosystems we operate in and Google will be the first one to set a foot in the same direction. Having said that, it will not be easy to phase out such an age-old advertising element and bifurcate information by 2024. The impact of a cookieless world on the digital world is multi-fold. The ways in which the campaigns are run in 2023 will differ from the ways in which it is perceived to be running in 2024, making the current modus operandi sustain for a little longer.”

A few months ago when Google pushed the phasing out until 2023, it stated a number of reasons for the delay including, “To allow sufficient time for public discussion on the right solutions, continued engagement with regulators, and for publishers and the advertising industry to migrate their services.”

According to Anjali Malthankar, National Strategy Director, Tonic Worldwide, the early movers will have an advantage in this scenario.

"While the sceptics will be concerned and might have confidence issues in the solution, the positive outlook will be an advantage for early adopters who have already started experimenting with privacy-first alternatives like creating first-party data or trying contextual targeting. One of the concerns is that a lot of investments which were rushed due to the urgency to find the solution at the earliest might be re-evaluated or deprioritised. Also, Identity solutions Vs Id-less solutions will again be a topic of discussion," she said. Shajesh Menon, Founder and CEO at Younion added that Google’s plan is not seemingly going well. “While on the face of it, this sounds like a move to improve privacy. The impact seems limited because it’s a delay and not a change in direction. It simply gives the adtech industry more time for planning (and testing) a sustainable approach to future-proof measurement strategies. Importantly, invest in first-party data solutions to maximise ROI.”

“This week, the industry is abuzz with welcoming commentary but the proverbial sugar-rush is bound to die and the need of the hour is to focus on how not to be reliant on cookies to track consumers around the internet. The industry is gradually transitioning to privacy-focused, transparent solutions. Be it agencies or advertisers, it's in everyone’s interest to reshape advertising and develop new approaches to preserve the value exchange of the internet. All this, while improving consumer control over privacy and gearing up for a cookie-less, identity-free world.”

“Chrome boasts of 65% of the global browser market, which essentially means that Google is likely to set a standard that others might be forced to follow. The future is still coming but for now we have some more time to brace ourselves for the ‘cookiepocolypse,” added Menon. 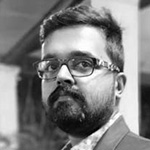 Speaking about what the delay means for the industry, Umesh Shashidharan, National Media Director, FoxyMoron (Zoo Media), said, “Google will kill cookies eventually as rivals like Apple have already done it, but given that they are the largest advertising company, we were expecting some delay as they have to ensure it doesn't impact its advertisers and publishers. They also have to ensure that it passes all regulators who are also analysing the impact. For companies, it will provide time to implement, learn and test solutions and try to have a seamless transition.”

Iván Markman, Chief Business Officer, Yahoo, also said in a statement, "The future of identity lies in the ability to leverage direct, consumer-consented sources and to be smarter about signals that are not attached to a consumer’s identity. While any delay gives the industry more time to test and learn, adapting solutions today brings greater reach across all inventory - with or without IDs."