With the surge in online content and people turning to social media to get information, the demand for short-form videos (SFVs) is rising and this requires the media houses to keep up with the growing demand 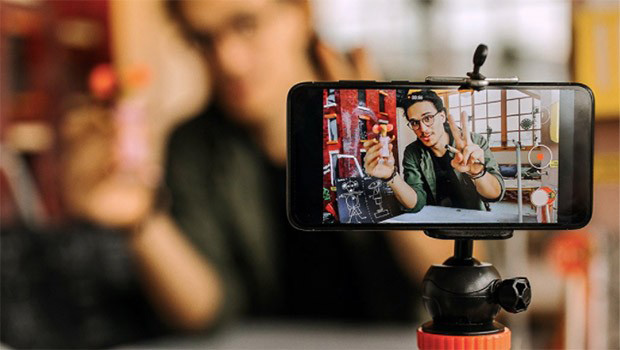 Traditional media houses are experimenting with different content formats to stay ahead in the race of catching eyeballs, and short-form videos (SFVs) have become a handy tool in this day and age. The question of the hour is what made the media houses experiment with SFVs in the digital world and how are they planning to leverage it for generating revenues?

The audience has become more or less addicted to SFVs like Instagram or Facebook Reels, YouTube shorts, and other such formats. It has almost become a habit for people to keep scrolling whenever they are free. News creators have realised the importance of SFVs and they are now making strategies to monetise their content too.

According to a report by Bain and Company, SFVs are poised to grow to 600 to 650 million users in India by 2025. The amount of content that is going to be pushed is immense and viewers will have a never-ending amount of information through news publications.

The virality of SFVs is immensely high, and with younger generations using social media actively, that’s what the media houses want to tap into. The younger generations are generally considered more inclined to the audio-visual form than reading. An information-laden video will get more views than a full-fledged article.

According to Anindya Khare, Head of Marketing, Zee Corporation, SFVs are very important because the attention span of the audience as a whole is going down lately, which is why the viewership of digital format news is increasing. Its footprint and acceptability among the viewers right now is huge.

“Therefore, we also as a media network attach enormous importance to short videos. We make it, edit it properly and give the crux of the stories. So, whoever sees the content will know exactly what it is about in that small duration of time,” he added.

While SFVs are still at a nascent stage, many media houses are starting to become active on their social media to cater to the audience with a quick dose of information. The habits of people have changed from scrolling and seeing videos horizontally to vertically. Storytelling and the style of videos are factors in an SFV’s success, texts have also become an important part.

Sohini Guharoy, Group Head - Audience Growth, Network 18, said, “We are trying to tap the audiences on social media, where we are getting them to see the content that we make for the brands and the end goal is, of course, they engage with our content no matter where they are. In an evolving landscape, we need to cater to formats that audiences like and are binging. We have seen creators building the habit for the audience to binge-watch short-form content and we are just tapping on to that habit in the form of short videos.”

A lot of times when people see something interesting, they tend to go to the ‘Link in bio’ to know more about it. And this is one of the ways to get the viewers on the website of the media houses, which has a direct link with the revenue and ranking.

Sudipto Chowdhury, Chief Revenue Officer/ Executive President, Sales at India TV, said, “Short videos help publishers to acquire a new audience, if you have a trend of putting interesting SFVs then the viewer experience is going to be good resulting to increase in visitorship. In our case, web stories contribute 9-10% of webpage views, especially on Instagram. Vertical videos are the new thing, people have become too habitual with the vertical format.”

Negating Chowdhury’s point of view, Pradeep Gairola, VP & Business Head at The Hindu Digital, said, “We have less than 5% traffic on our website from social media. If you see user behaviour, if they are on our Instagram, they would rather be on Instagram than really take the effort to go to the website. This is typical behaviour of users. We are making around 1-2 videos per week.”

“News industry is facing a survival issue, in that case, it becomes difficult to invest in something on a large scale where you have relevance but you don’t have sustainability, that’s a large challenge. SFV help us in being relatable and relevant to the younger generation. But when it comes to sustainability, making money to sustain the business from this type of content, there the short video is not helping. I think it will take a longer time to get into the ecosystem to develop,” he added.

Branded content is a major part of revenue generation for media houses. With SFVs, media houses have a new channel or a way to generate revenue.

Singh told BestMediaInfo.com that NDTV has been doing quite good on the branded content bit through SFVs. She said, “The quality of our production and our writing is premium. Right now, there are so many short-form videos available online and not all of it is of sharp quality. NDTV is very clear about calling our sponsored content as sponsored and it adds to the credibility. It is one of the reasons why when we do advertorial content it doesn’t turn people away. It is done in such a way that actually the stickiness of the viewer doesn’t goes down.

There are other platforms too which are quite popular when it comes to SFVs, and it is largely because of them that SFVs became famous in the first place in the country. With TikTok’s exit, Moj, Sharechat, Chingari, Tiki and many other applications became famous for user-generated content and have a huge userbase.

She said, “We are already working with Sharechat. We will explore all such apps. There are big takers of SFVs in the regional market. We will have more media partnerships. Such apps have a very strong user base and we need to tap into the audiences exactly where they are. The regional audience is very important and is growing strongly. These are platforms where you will see a lot of UGC content flowing, and this is where we bring in the credibility”.

While some media houses have a separate SFV team, some are grooming their existing teams to cater to the demand. The experts said that today’s journalists/anchors/reporters are no longer restricted to a particular medium and they need to have a digital presence.