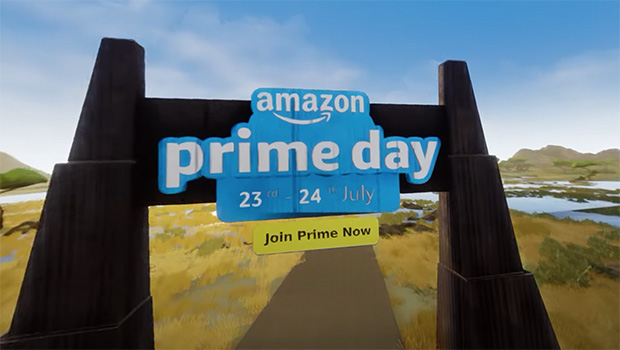 Blink Digital collaborated with Amazon India ahead of the Prime Day, to launch an interactive game within a pre-roll drive for its audience.

The campaign was launched on YouTube with an aim to allow users to hover within a 360-degree-video during the ad with the theme “Smartphone Hunt”, for Amazon’s Safari- themed Prime day this season.

Rikki Agarwal, Co-Founder and COO of Blink Digital, said, “To candidly capture the user’s attention and create top-of-the-mind brand awareness, it was crucial for the creative team to help amazon engage with their audience with a campaign that encourages them to participate in their contest, in a meaningful way.”

​​The brand aimed to engage with its consumers and to entice them to spot Amazon Specials smartphones and share them on Twitter using #AmazonSpecialsonPrimeDay, which brought engagement on the brand’s Twitter handle.

Additionally, the pre-roll also helped the brand increase its engagement on ads as the interactive game encouraged the audience to watch the complete video and interact with the brand on social media to stand a chance to win Amazon Vouchers.

Acting as a bridge that will fill-in the gap between paid and organic media on social media platforms,  this campaign helped in raising awareness of Amazon Prime Day smartphone offers.