BestMediaInfo.com dwells into the changing psychology of advertisers as well as the audiences and understands the work-in-progress efforts by brands for including the community in their marketing activities throughout the year

With June comes the Pride Month and an opportunity for brands to colour themselves rainbow and design campaigns around the LGBTQ+ community. Brands across categories design many marketing activities and campaigns around this month. However, apart from this month, the community is neglected majorly.

BestMediaInfo.com spoke to advertisers to get an idea of their mindset as well as that of the audiences and understands the work-in-progress efforts by brands for including the community in their marketing activities throughout the year apart from hooting only during the Pride Month.

The community is a vulnerable and sensitive community, which celebrates Pride Month as any other big festival in the country. So why do brands find Pride Month very important to catch hold of this cohort? Priyank Narain- Executive Creative Director, Grapes, said, “With the changing times and with society and youngsters, in particular, becoming a lot more receptive and inclusive to LGBTQ+ it makes sense for most brands, especially youth brands to show they resonate with the same values and thought processes of the generation.”

“There's no one particular category, that would advertise more, it's more about the values a brand has. I would imagine brands extremely traditional in their outlook, would refrain from advertising. Many times, this traditional outlook is also a reflection of the top brass of the marketing department or the owners of the company.” 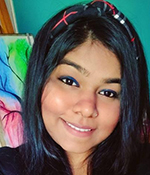 Kruthika Ravindran, Associate Director, TheSmallBigIdea, said, “There has been an upward trend in the overall support for LGBTQ+ rights, as a result of which it has become important for brands to position themselves in sync with this growing sentiment. Brands that support the LGBTQ+ community are often perceived to be more progressive, hence brands from across categories capitalise on the Pride month.”

Advertisers tap into cohort using this month as a way to reach the consumers from the community. However, there has been a conversation going around social media regarding the marketing gimmicks of brands and the surge in their concerns about the community being witnessed only during this month. Members of the community are asking where does the concern go for the other 11 months? Although there are brands who are putting genuine efforts to represent the community well and cater to their needs, but sometimes they also face backlash due to the stigma attached with it.

So how can brands present themselves as a genuine supporter of the community? Sunetro Lahiri, CCO, The Glitch, part of the VMLY&R Group, said, “Honestly, three things. First, represent the community more. Represent us respectfully and don’t make us the punchline. Second, give back to the community in some way or form. If you’re not consistently being an ally, then you’re milking the community only during Pride. Thirdly, look inward within the organisation at your own policies. It begins there.” 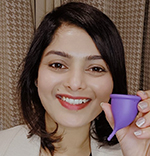 Devidutta Dash, Founder at Lemme Be, said, “Practice gender neutrality by including it in your vocabulary. Creating content for the sake of Pride Month doesn't make sense if during the rest of the year you do nothing to bring about a change. Learning to unlearn and relearn is a continuous process and to be able to understand it completely brands must make changes to their core values. Like at Lemme Be we use the word menstruators and recognise ourselves as an inclusive period care brand. We ensure that all our period products are gender neutral and resonate with all the menstruators. This helps in making the customers comfortable instead of instigating a question on their identity that they don't ‘fit in’.”

Many brands are focusing on getting a story that resonates with the viewers to make them understand the struggle of people in the community. 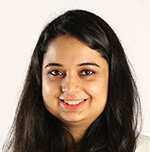 Seconding this, Rajni Daswani, Director - Digital Marketing, SoCheers, said, "Even though the rainbow flag is a bold representation of the community and its causes, simply adding it on to the brand’s communication for the duration of the Pride Month isn’t the best marketing tactic. Therefore, I also feel instead of promoting pride month platitudes, brands should focus on showcasing stories that can buzz a cultural conversation towards celebrating, protecting and embracing the LGBTQ+ community."

The ‘Out & Proud’ campaign by Times, created by FCB Ulka, featuring many couples as well as individuals talking about their journey is a good example of providing genuine representation to members of the cohort. The campaign features Nandini Sabban, who is currently working as a communication assistant for The Lalit, a restaurant chain that supports the LGBTQ+ community.

Keigan Pinto, Chief Creative Officer at FCB Ulka, said, “We wanted to create something that resonates with the community and talks about their struggle while not dramatising it. We had this concept and took it to Times who agreed on associating with it.”

Times Out and Proud Campaign:

Here are some of the campaigns by prominent brands that are timed during Pride Month:

As the community and the topic around LGBTQ+ is a sensitive topic, sometimes brands are unable to identify what are the dos and don’ts while conversing with the community. Narain said that there is a lot of prejudice that still exists in society. Many gay young women don't find it easy to come out. “So, whatever the campaign, it needs to deal with the subject in a smart and sensitive way,” Narain added.

India, as a whole, still takes LGBTQ+ as a taboo. While the people in the campaigns might change, but the narrative has been similar which is - the acceptance of the community. Speaking about the narratives, Ravindran, said, “I believe the most effective narrative around Pride month is that of just normalising everything. Fighting for being normal and being labelled, all under the label of LGBTQ or Pride, just defeats the purpose altogether!”

Lahiri also believes that the themes of hope, and inclusion, showcase newer realities and of embracing joy. Whereas Pinto feels that being true to what the brand believes in, and making something out of it to support the community can be one of the keys.

Apart from Pride Month, there is one more day where love is celebrated and LGBTQ+ communities are heavily targeted - Valentine’s Day. However, as already mentioned, people are taking time to normalise the love in this cohort. Curating the campaign so that the message comes across as what the brand wants people to perceive might get difficult. Talking on the same, Lahiri said, “I don’t think a lot of brands have managed to crack what’s right and what’s not. There is of course fear of backlash, but one has to be able to foresee what comes off as weak attempts to piggyback on Pride vs having a genuine conversation that moves needles.”

The new trend in marketing to the community, according to Ravindran, is that brands are now moving beyond the usual rainbow washing on their branding and products. Campaigns are now being redirected to some sort of donation to support the community, which is good sign, for starters at least.