We have to ensure that good Indian content is being pushed and marketed across the world: Danish Khan of SonyLiv 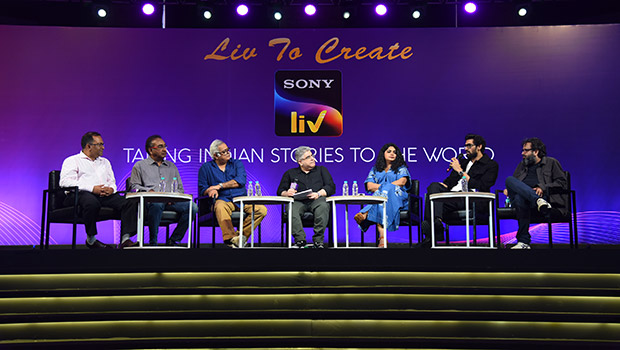 “We have to be consistent in ensuring that all the good shows are being pushed and marketed worldwide. Marketing in the content business is often ignored but I think it is very important,” said Khan.

Khan further stated that for Indian content to be relevant to a global audience, the players should focus on a younger audience. He spoke about how the early adopters of Korean content, which is immensely popular today, were people between the ages of 14-22.

Other panellists spoke about the need for conviction and creativity in stories. Hansal Mehta said the conviction, audacity, uniqueness of narrative and the power of storytelling will take Indian content globally.

Tiwari stated that we must focus on local stories. “We have a country with so many stories at every corner. When we say let us make a story that looks or feels like the West, it’s deception. We live differently and have a different culture. Our on-screen looks are bound to be different. Emotions are the same everywhere and the way it is shown is different. Where there are subtitles and audio options today, we can up our technical skills, stay true and rooted to our essence to make global waves,” she said.

On a similar note, Daggubati said the locality of Indian stories will appeal to a global audience. “This is what appeals to a diverse audience because it is intrinsically us and speaks about our culture as a whole. When we see a ‘Money Heist’ or ‘Squid Games’, we see how Spanish and Korean content has done. We need to tell our stories locally, things that are unique to us and can make the world sit up and take notice. We are representing our culture,” he said.

Advani said, “We have to write with conviction. There is no trick. We must keep working and collaborating and producing authentic stories that will connect somewhere.”

Speaking about their journey Khan stated that initially, before Covid, they had aimed for at least 18 originals across languages. However, that could not happen because of the pandemic.

“On SonyLiv, one of the regrets we have was that although a lot of people came because of shows like ‘Scam 1992’, we have only 27 original shows right now. In the next 2-3 years we have to get a high number of good quality shows.”

The platform has further announced at least 100 originals in Hindi, Tamil, Telugu and Malayalam languages. This includes shows like ‘Scam 2003: The Telgi story’, ‘Rocket Boys 2’, ‘Freedom at Midnight’, among others.