As per the platform, within 32 hours of its release the third season of the show entered the 100 million viewership club 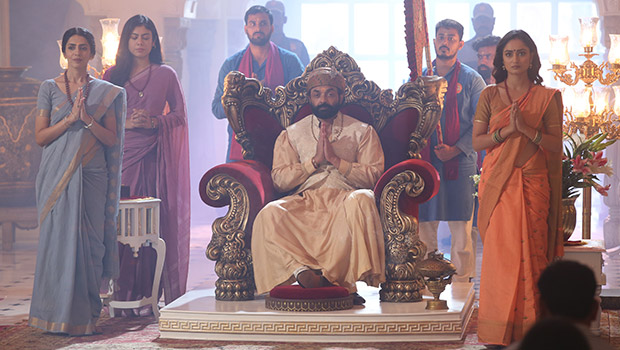 The third season of MX Player’s ‘Ek Badnaam…Aashram’ has been released across 33 countries globally.

This happened after the first two season saw a major rise in viewership, as per the platform.

The platform also claimed that while the first two seasons were greatly appreciated by audiences, the recently launched season, ‘Ek Badnaam…Aashram 3’, has also very quickly and successfully entered the 100 million viewership club within 32 hours of its release in India.

Speaking about launching the show globally, Nikhil Gandhi, Chief Operating Officer, MX Media, said, “We are expanding our viewership and penetrating newer markets internationally. After receiving such huge success in India for our No.1 homegrown series, Aashram, launching it simulcast across other countries gives our users all over the world the opportunity to watch the series at the same time that it's launched in India. We believe that it is the power of good content that makes people connect with the story as season 3 of Aashram is also breaking all records of viewership that we achieved in its earlier seasons. We are humbled at the response from audiences and thank them with a promise of returning with many more such incredible stories.”

MX Player in international markets has a subscription-based offering, MX One, wherein viewers outside India can watch Aashram and other MX Original Series by subscribing to it.

Nakul Kapur, Vice-President and Business Head of Gaming and International Business, MX Player, said, “Our focus for the coming year is to diversify content offerings and reach our audience beyond the Indian market. International expansion was always on the charts, and this move to launch Aashram globally is our first step in that direction. The series has been a massive hit among the Indian audiences, and we hope this love will further multiply as our viewers worldwide will be able to experience this record-breaking show.”

Producer and Director Prakash Jha said, “It’s exciting news for all of us. We are really looking forward to global audiences watching the show as wherever I visit around the globe, I'm always asked when we can see the next season. I'm grateful to the fantastic cast, my crew and Team MX Player for being excellent partners in creating this series."