The hybrid edition had attendees meet in person, leading to interaction and in-depth conversations with others present, while attendees could also attend the virtual edition from the comfort of their homes or offices across the country 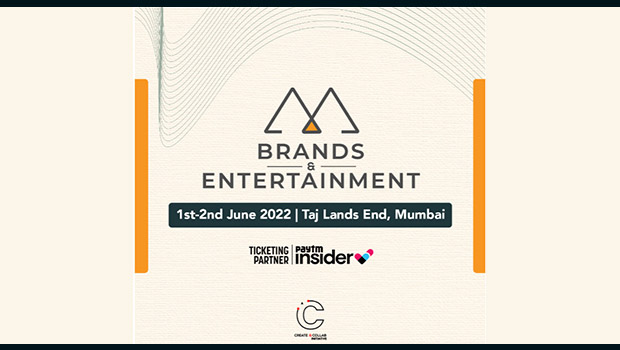 The ‘Brands & Entertainment’ conference, a Create & Collab initiative, saw the active participation from all stakeholders on the topics of branded content, media, marketing and entertainment.

The hybrid edition had attendees meet in person, leading to interaction and in-depth conversations with others present, while attendees could also attend the virtual edition from the comfort of their homes or offices across the country.

Day 1 began with a welcome speech by Brian Tellis, the Founder of Radioactive Ventures, where he spoke about how change is happening at a faster pace than before, and the conference was a ‘coming together of people who are intrinsically involved in this change,’ setting the precedent for the next two days.

This was followed by Ashish Pherwani, Partner and Leader of Media & Entertainment, Ernst & Young, who spoke about ‘Megatrends in Branded Entertainment’ shedding light on how regional content is on the rise. A panel discussion on the ‘ROI of Branded Content’ gave perspective on the importance for brands to move beyond just what the product is, and focus on the values they stand for, which helps connect better with audiences overall.

The panel was followed by Alexander Valladares, Chief Marketing Officer at Impresario Handmade Restaurants, speaking about ‘SOCIAL and Community Building’, talking about the SOCIAL chain of restaurants across India, who have invested time and resources in creating unique IPs and experiences for subcultures.

The panel ‘Brands, Entertainment & Sports: A Marriage Made in Heaven’ spoke about sports having a high entertainment value, the technology supporting sports, eSports becoming more rampant because of the ease of availability, sports in Web3 and more. Simultaneously, there were two workshops being hosted in the Salcette area in the conference.

Brian Tellis spoke to people about ‘Building Your Personal Brand’ through identifying your key areas of interest and working on them, followed by Deepak Choudhary, the IP Man of India, talking about Branded IPs and creating them.

The day proceeded with a brand story from Puma, followed by a fireside chat between Reema Kagti of Tiger Baby Films and the ecstatic Roshan Abbas (Kommune, EEMA, XPRNC) talking about the inclusion of women in the entertainment industry.

Rahat Kulshreshtha, Founder and CEO of Quidich Innovation Labs, spoke about augmented reality and machine learning to enhance engagement during live broadcasts, followed by a panel on ‘Bringing Subcultures to the Market: Is There Sponsorship Potential?’. The panel spoke about how brands need to keep identifying new innovative ways to market to consumers since the ad world has changed, and it’s possible to even skip an ad in today’s day and age. “Pop culture and subcultures can often become fads and go, but brands must stay on. Earning brand loyalty compares to brand premiumness,” was the advice shared by KV ‘Pops’ Sridhar.

Sukesh Nayak, Chief Creative Officer at Ogilvy spoke about their Cadbury-SRK campaign that went viral last Diwali, followed by a panel discussing ‘How Does GenZ Want to be Marketed and Communicated To?’ Poornima Sharma, Manager of Marketing Partnerships at Netflix (India) spoke about a few brand stories including the latest #StrangerThanYouThink campaign between the brand and Oreo’s Red Velvet biscuits.

Roycin D’souza, Vice-President at OML Entertainment, showed the path-breaking campaigns developed with Bacardi over the years, after which the first day’s sessions concluded with a fireside chat between neurologist Dr Siddharth Warrier and Comedian and Angel Investor Tanmay Bhat. They spoke about the mind’s decision-making, and all factors that are responsible for building trust or fear with consumers. There was one final showcase of Kommune’s ‘Spill the Tea’ report, explaining Gen Z’s cultural immersion with Roshan Abbas, and content creator Ankita Chawla (Hustlerani). This was concluded with a recital by Rakesh Tewari.

This was followed by a keynote on ‘Broadcast to OTT: How the Business Has Evolved?’ with Sameer Nair of Applause Entertainment in conversation with Brian Tellis. The ‘Agencies and Brand Marketing - Leaders of Followers?’ panel had interesting insights to offer, while also accepting that at the core of branded content, storytelling is of utmost importance.

Two workshops by Google and YouTube covered the importance of YouTube Shorts as a marketing tool for short form content, followed by creating campaigns for one’s music through YouTube after using its tools for effective marketing.

Vishakha Singh, Vice-President at WazirX’s NFT Marketplace, spoke about the company’s brand story and how far they’ve come since the launch in last June. Pranav Panpalia had a chat with influencer Gautami Kawale about his company OpraahFX. This was followed by two former engineering students - Nikhil Taneja, Co-Founder and CEO at Yuvaa, and Rohit Raj, Co-Founder and CEO at BB Ki Vines Productions, sharing the stage to discuss the growth of talent management and the creator economy.

The ‘For Your Ears Only: Maximising the Potential of Audio Entertainment’ panel brought together the old and young from the worlds of Radio and Broadcasting to Podcasts together, speaking of the evolution of audio entertainment, and what could be done to further the talent in both these spheres. This was followed by a conversation on ‘Data Vs Instinct: What Should Guide Your Creativity?’ where it was summarised that it’s important to identify data points by asking the right questions, and to be instinctively driven to create after getting answers that help drive decisions thereon. Through a fireside chat about the ‘Role of OTT in the Brands and Entertainment Landscape’ hosting Ferzad Palia (Voot) and Saurabh Kanwar (Kommune), it was concluded that technology will keep driving the various modes of consumption, but consumption remains all the same. The choices we have to make between content may have increased but the focus stays.

Priyank Shah, founder of Beardo, spoke about marketing a cosmetic product for men and the focus on brand building. Devarsh Thaker detailed how FamPay, a teen-friendly payments app, had to be marketed according to the generation using it, and how the focus helped the brand’s presence as opposed to being sold as a financial service. A keynote by Siddharth Roy Kapur, Roy Kapur Films and President of the Producers Guild of India, where he spoke about how, “if a producer is able to identify content that will make its way to the rest of the world, that’s something we need to look into”, was also very insightful. He also explored the sustenance of the Bollywood film industry and discussed setbacks in the film economy, leading to different outcomes.

The ‘Content Marketing 2022: The Best Way Forward’ panel was insightful, speaking about what defines relatability and behaviour, along with how staying authentic to audiences makes you more genuine in their eyes. The constantly evolving dynamic in content creation is something brands need to keep up with. An interesting conversation about ‘How India is Navigating the Marketing Plunge into the Metaverse?’ ensued with Anshul Rustaggi, founder of Totality Corp, Rishi Bradoo of Swaraj Projekt and Wazir X’s Kamal Ahuja discussed the metaverse, its growing importance, and how brands need to treat it as an innovative exercise as a new space to explore and figure out.

Ruhee Dosani, Suhani Shah in conversation with Devarsh Thaker spoke about an ‘Individual Becoming a Brand’ once again emphasising on being yourself and taking that to new heights, followed by a fireside chat between hip hop sensation Badshah and Universal Music Group’s MD and CEO, Devraj Sanyal. They spoke about ambition, taking Badshah’s brand to bigger places and making meaningful collaborations using all means, from music all the way to the metaverse.

The dates for the next edition in 2023 will be announced soon. 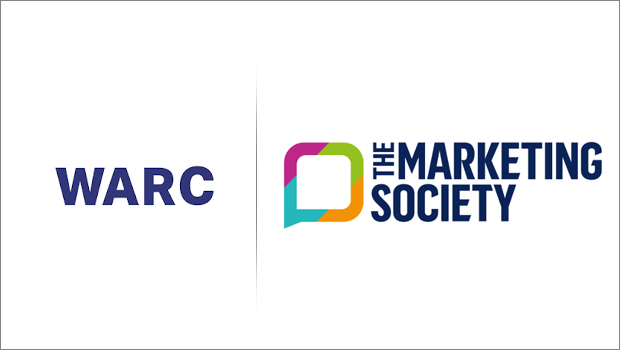 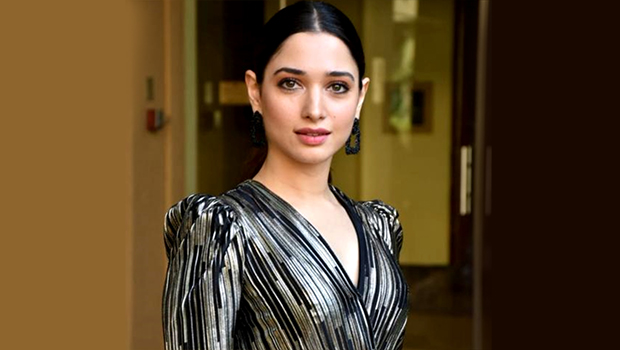 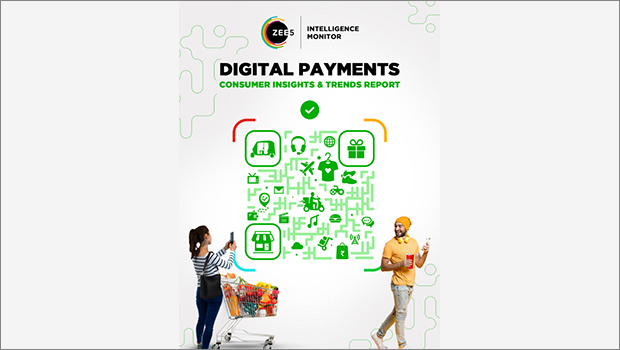 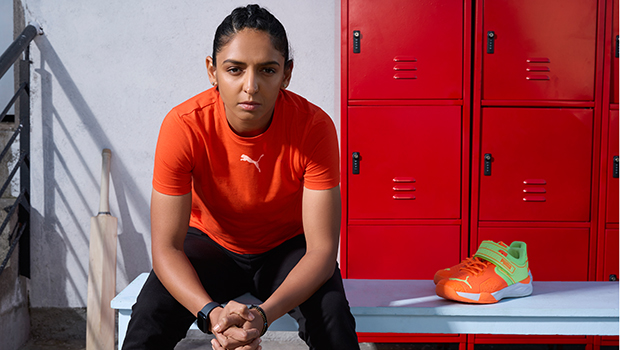 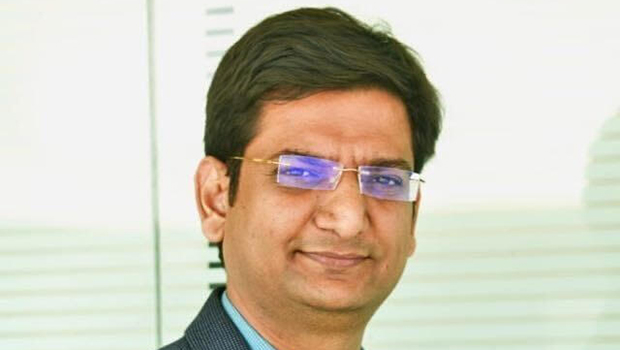