DDB Mudra and Byju’s won a silver Lion each in the Industry Craft and Entertainment categories, respectively 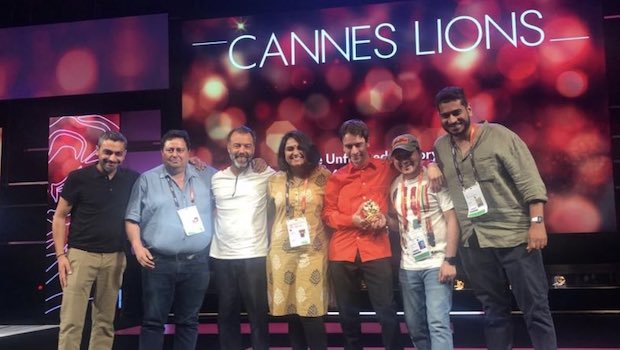 Dentsu Creative India’s dream run continued on the second day of Cannes Lions 2022. After winning a Grand Prix, a Sliver and two Bronze Lions on Day-1, the agency won India’s only Gold for the country so far.

Its “The Unfiltered History Tour” campaign created for Vice Media won a Gold in the Digital Craft category.

Amit Wadhwa, CEO India, Dentsu Creative, said, “It has been a fantabulous Day 2 at Cannes Lions. After an exciting start with a Grand Prix, 1 Silver, and 2 Bronze, we are ecstatic to add a Gold to our kitty. This is indeed a mesmerizing experience. A big, big thank you to all our ex and present teammates for making this happen. It has indeed been a breathtaking miracle. Also, my deepest gratitude to everyone who has held their faith in our teams and work. Thank you!"

Ajay Gahlaut, Group Chief Creative Officer India, Dentsu Creative, “After the Grand Prix yesterday, the Gold today comes as yet another validation of the quality of the Unfiltered History Tour campaign. Winning against fantastic campaigns from around the world is a great feeling. While we are extremely grateful for the recognition that our campaign has received so far at the Cannes Lions, we are hungry for more!”