The stance they have taken comes from the insight that while it is generally perceived that most men tend to be picky when it comes to choosing a woman to marry, the same doesn’t hold true for women 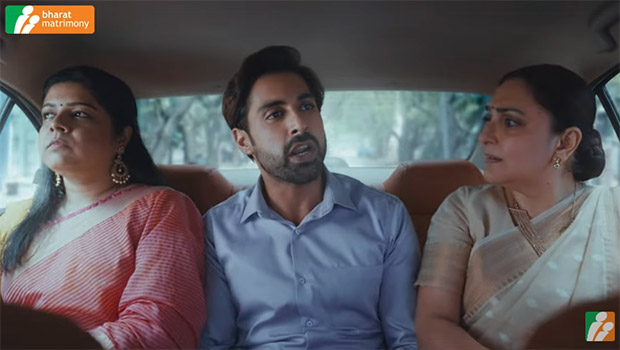 The stance they have taken comes from the insight that while it is generally perceived that most men tend to be picky when it comes to choosing a woman to marry, the same doesn’t hold true for women.

Women are still pressured by society into choosing their husband out of limited options, maybe three or four at best. With lakhs of verified profiles on the BharatMatrimony app and a feature to choose based on education, profession, location and more, here both men and women can be as choosy as they want in choosing their life partner.

The campaign showcases a family, having a conversation with the groom just after they’ve met a girl’s family. The film is shot to make the viewer feel odd because the conversation itself is exactly what you would expect a girl’s family to have with her. And men aren’t generally put in that situation.

Watching this conversation doesn’t just catch the viewers unaware but makes them wonder, “what’s happening?”  The reaction from the audience is what lands the point of the film beautifully.

Ajeeta Bharadwaj, Chief Strategy Officer of Wondrlab, said, “Society has always looked at finding your match as the end goal, when in fact it is the beginning of the next forty years of your life. So, it is important to choose right. But in our conversations with women who were in the journey of selecting their life partner, we found that when a woman exercises her choice even on fundamental things, she gets labelled as ‘choosy’. We wanted to turn this on its head and make being choosy a good thing.”

Amit Akali, co-founder and CCO of WYP Wondrlab, said, “At Wondrlab we’re always trying to create work that questions the consciousness of society. That brings about change by focusing on things that haven’t been focused on. This film too tries to do just that. We're just trying to make the viewers realise something that they might have not thought about before.”

Arjun Bhatia, Chief Marketing Officer – Matrimony.com, said, “BharatMatrimony has been constantly breaking new ground and changing the social narrative about relationships and marriage. When women, after careful consideration, make their choices be it about education, career, finance or finding a partner, people tend to say they’re being very picky and question their choices. On the contrary, men are never subjected to the kind of scrutiny or questioning when it comes to the same things. That’s why BharatMatrimony seeks to put the spotlight on this issue by encouraging and empowering women to be choosy.”