Riding on the bandwagon of falling credibility of news platforms, Big B and SonyTV have taken a dig at the news channels announcing season 14 of ‘Kaun Banega Crorepati’ 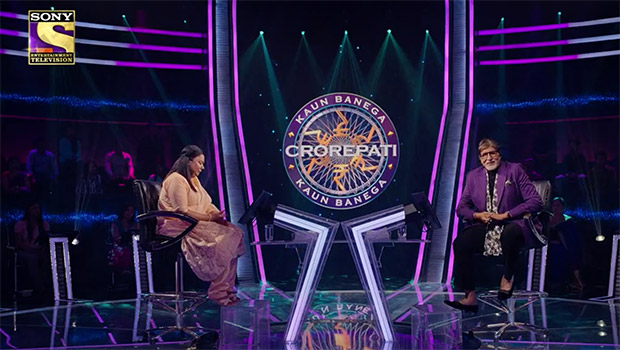 As the credibility of content being served on TV news channels in India continues to fall with every passing week, veteran actor Amitabh Bachchan and Sony TV can be seen taking a dig at the way news is presented in the recently launched trailer announcing the new season of ‘Kaun Banega Crorepati’.

In the trailer video, Bachchan is sitting on the widely recognised sets of the game show with a contestant. Quoting a popular misconception during the time of demonetisation in 2016 as a question, the veteran actor asks the contestant, “Which of the following carries a GPS technology?” The options to this question were: a. Typewriter b. Television c. Satellite phones and d. Rs 2000 note.

Guddi, the contestant on the hot seat, very confidently responds that the correct answer was ‘d. Rs 2000 note.’

This was followed by Bachchan asking her if she was confident. But the contestant seemed to be undeterred, and replied, “the entire nation is sure about the answer.”

But Guddi was taken aback when Amitabh revealed that her answer was incorrect, and that the correct option was ‘c. Satellite phones’.

She assumes it is a prank initially, but the confusion gets cleared when Bachchan says that the original prank was the one that she wrongly believed to be true.

Shaken to the core, the contestant says, “It was the same information that was presented on every news channel, so it was them who were at fault, in this case.”

Keeping this in mind, Amitabh didn’t refrain from saying that even though the news channels might be at fault owing to their content, it was she who was at the ultimate loss in this situation.

At the end of the short video, Amitabh highlights that one should gain knowledge from all sources of information, but before taking it in one should not refrain from cross-verification.

As per the Edelman Trust Barometer report there is a post-pandemic ‘information bankruptcy’ in India. Furthermore, the credibility of the news mediums in the country has also dropped by 4 points, leaving the Trust Index for Media at a low of 69 points.

Furthermore, the report also highlighted that while 73% of the public approached by it agree that journalists deliberately tend to mislead their audience by putting across false allegations, three-fourths of the people contacted also said that news media houses ride on the bandwagon of backing political ideologies.

The Indian media has failed the core objective of journalism, as 50% of people feel that media networks can be seen refraining from being objective and non-partisan, as highlighted by the Edelman Trust Barometer report 2021.