Interestingly, while in the past the jury usually comprised of 90% men and only 10% women, this year, the tables have turned and the 2022 Abby jury comprises of 62% women and 38% men 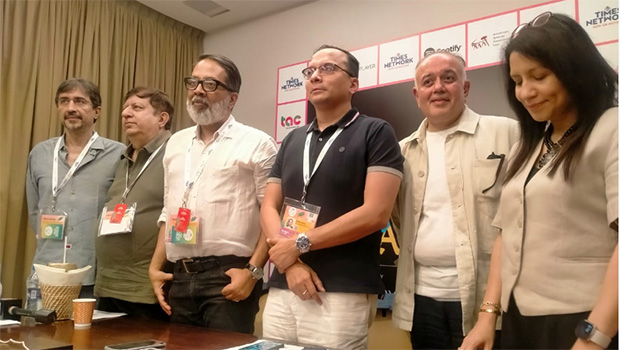 Returning after a break of two years this time around, Abby Awards has received a record 3,021 entries. Out of a total of 2,007 creative entries, 940 have been shortlisted. In the media categories, 356 entries have been shortlisted out of the 1,014 entries made this year.

This record number of entries has come on the back of the awards becoming more credible, transparent and lucrative for agencies, publishers and brands to enter, stated the Awards Management Committee and the Governing Council during the press meet on day one of Goafest 2022.

The Abby Awards Governing Council 2022 has brought in a slew of changes and improvements in the process and the composition of the jury this year.

With an improved jury process in place, the partnership with One Show and a strong jury line-up, several agencies also made a comeback to Abby's, including Leo Burnett, BBH India, Grey, Creativeland Asia and TBWA.

Rana Barua, Chairman, Abby Awards Governing Council 2022, said, “This year, many agencies have made a comeback to Abby’s. The overall number of entries this year has been much higher because of the entire interest. We have kept Abby’s very straight and transparent.”

Partha Sinha, President of The Ad Club, said that with the Abby awards returning after a long time, they had to bring something new to the table. He said, “Even the jury could vouch for Abby’s going to the next level. Not just the software for the judging, but the way the whole judging process was conducted is remarkable. We have never heard such a response from the jury. Things are looking very positive. We owed to the industry an Indian award of global standards.”

Barua added that the whole process of Abby's judging also went smooth. “We didn’t face many challenges in terms of the judging process. Our audited results also prove that. Not that just One Show came on board to stringent the whole jury process, but the jury has also been very strict. We are extremely happy with what we have produced. Going forward Abby’s will only become bigger and larger,” Barua said.

Throwing some light on how the One Show partnership has helped Abby Awards, Ajay Chandwani, Managing Committee Member, The Advertising Club, said that it helped the Abby jury process in terms of offering a platform and software. He said, “We all know about One Show’s overarching presence in global advertising. There were three rounds of judging. Everything was online without human interference.”

He further said that earlier there used to be a tick system for round one. “Now we have scoring, which makes it even better. Like this, one gets shortlisted easily and does not suffer because the work didn’t get enough ticks.”

Talking about the quality of judges, Chandwani said that this time around there were six international Jury Chairs. He added, “While two of the jury chairs, Amer Jaleel (Lowe Lintas Group) and Rahul Mathew’s (DDB Mudra Group), agencies didn’t participate in the Abby’s, but because we wanted to bring in high quality of judging, we brought them on board.”

Interestingly, while in the past the jury usually comprised of 90% men and only 10% women, this year, the tables have turned and the 2022 Abby jury comprises of 60% women and 40% men.

The Abby Awards Governing Council also told BestMediaInfo.com that the partnership with the One Show is long-term and is not restricted to just one year.

Sinha emphasised that not just AAAI and Ad Club should be responsible to fetch an increased number of entries, but it should also be incumbent on the agencies to participate more proactively. He said, “This year, I am seeing a huge amount of interest from the brands and agencies as well. For that, we also had to create credibility, which we have been able to do. In between, we lost 3-4 weeks due to Omicron (Covid). But we worked hard and are now at a place where we are very excited.”

This year, other than the regular Gold, Silver, Bronze and Grand Prix awards, there would be Merits Award given away to the entries that missed winning Bronze awards by a few notches.

Sinha concluded, “The brand (Abby Awards) had got a little jaded and it went through several rounds of controversies. A brand which has been there for 56 years will go through a lot of ups and downs. The two-year gap helped us to think through. We had to uplift the standards for people to enter an Indian award and not just look at international awards to enter campaigns. The context could be Indian, but the standards have to be global.”