With 150 days to go for the 2022 Asian Games, the Network hopes to inspire Indian athletes to cross the 100 medals mark 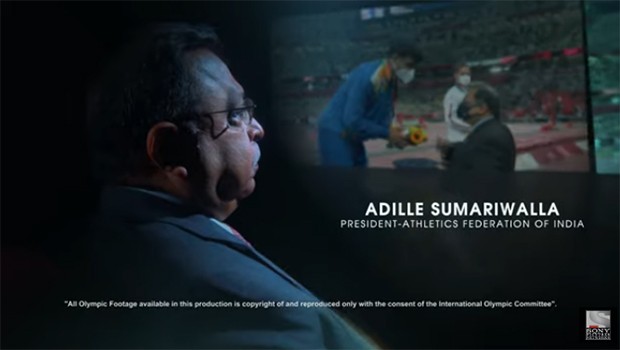 With a focus to rally support for the Indian contingent at the Asian Games, the campaign sets a target for India to cross the 100-medal mark; and features two inspirational films featuring Olympian and Arjuna Awardee, Raja Randhir Singh, Acting President, Olympic Council of Asia and Olympian and Arjuna Awardee, Adille Sumariwalla, President, Athletics Federation of India.

Sony Sports Network has also launched its microsite for the 19th edition of the Asian Games that will give fans access to the schedule and medals tally.

The network said that the 'Hum Honge Kamyab' campaign was successful in rallying support for the Indian contingent at the Olympic Games Tokyo 2020 and unifying India in cheering for its heroes.

In the first film of the campaign, Raja Randhir Singh talks about his family’s role in launching the Asian Games back in 1951. He also narrates his medal-winning journey and gives his best wishes to the Indian contingent. Raja Randhir Singh, the Acting President of the Olympic Council of Asia is also the 1979 recipient of the Arjuna Award.

A former Olympic-level trap and skeet shooter, he became the first Indian shooter to win continental individual gold at the 1978 Asian Games in Bangkok. On home soil four years later, he won team silver and individual bronze at the 1982 Asian Games in New Delhi. He competed at five Olympic Games from 1968 to 1984 in Mixed Trap.

Adille Sumariwalla is a former Olympian and represented India at the 1980 Moscow Olympics as a 100m runner and bagged a medal at the Asian Track and Field Championships, Tokyo 1979. He shone brightly when he bagged the gold medal at the South Asian Games in 1984 and held the National Record for 18 years in the 100m sprint category.

Rajesh Kaul, Chief Revenue Officer, Distribution and Head – Sports Business, Sony Pictures Networks India, “The feeling of national pride that our Olympics campaign ‘Hum Honge Kamyab’ was able to instil in people was commendable, and we wish to replicate the same for the 19th Asian Games Hangzhou 2022. At the 2018 iteration of the Games, India bagged 69 medals, so to manifest India’s 100-medal mark, we have launched our campaign ‘Iss Baar Sau Paar, Phir se, Hum Honge Kamyab!’. Our campaign also commemorates the 150 days countdown and gives us a chance to inspire the audience to watch this year’s Asiad.”

Raja Randhir Singh, Olympian and Arjuna Awardee, Acting President, Olympic Council of Asia, said, “The first-ever Asian Games were held in New Delhi in 1951, and this was the first step in paving the way for a multi-sport culture in Asia and especially in India. Similarly, the Tokyo 2020 Olympics was able to fill the country with a new hope – ‘Hum Honge Kamyab’. Taking this thought ahead, I wish the Indian contingent all the luck and I am sure they will cross the 100-medal tally and make us all proud - Iss Baar Sau Paar, Phir se, Hum Honge Kamyab!”

Adille Sumariwalla, Olympian and Arjuna Awardee, President, Athletics Federation of India, said, “The Olympic Games Tokyo 2020 will go down in the history as one of the most successful in sports for India. There were so many unforgettable moments of pride for our nation at this prestigious platform. The whole country came together to inspire our athletes to do their best and as we continue our rallying cry, I believe that our contingent, specifically athletics, will contribute to the maximum number of Golds at the Asian Games this year.”