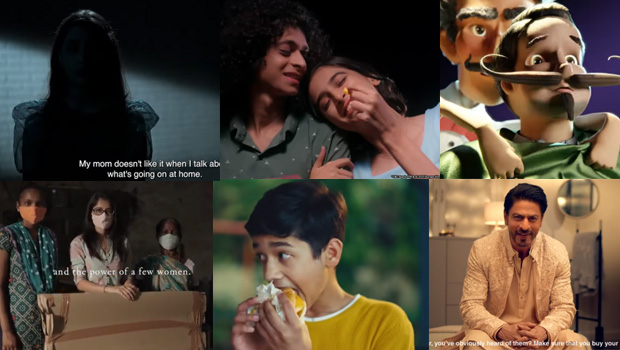 Cannes Lions, International Festival of Creativity 2022 will be returning on-ground after a hiatus of two years from June 20 to 24.

In 2021, the festival took place virtually. In 2020 the festival was cancelled due to the global pandemic. Therefore, this time around, there is a lot of excitement building up among Indian agencies to attend the event physically and collect as many awards on the Cannes Lions festival main stage.

The deadline for sending entries this time was April 14, 2022, however, several agencies tend to enter campaigns at later dates by paying the late fees.

BestMediaInfo.com spoke to agencies to find out the work entered by agencies for this year’s Cannes Lions festival.

This time around, there are a few agencies which will be entering Cannes Lions for the first time.

Atom Network’s Director & CEO, Abhik Santara shared with BestMediaInfo.com that they are very excited for this year’s festival. He said that one of the works that they are particularly proud of is the campaign ‘The Rescue Code’, for one of their brave clients, Lifology, the career coaching platform. 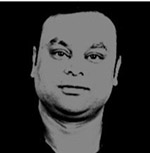 Talking about the entries apart from Lifology, Santara said, “We have entered at least three campaigns. The campaign called 'The Rescue Code' will be the one which we will be betting high on. Through “The Rescue code’, we are introducing a new gaming term/slang - CODE AFK 505 that can be used by kids who get physically/sexually abused at home. The code informs fellow players and helps rescue/counsel kids covertly. So, basically, we are turning the game of killing players into saving players.” The agency is planning to enter into four to six categories.

For FoxyMoron, this year they will be participating in the festival with their campaign The Greatest Hack for Burger King which collaborates the concept of the famous Anonymous Hacking Group with the most celebrated sport in India - Cricket.

Cheil shared that the agency has entered The Novel Bed Project for Eco Eclectic Technologies (EETech) and EpicDreamsOf21 for Samsung for Cannes Lions this year.

Ogilvy India officially doesn’t share the names of the campaigns they would be entering at Cannes Lions, but given the kind of work Ogilvy has produced last year, it is expected that it will be entering workpieces done for Mondelez in many categories, which include Not Just A Cadbury Ad’ initiative, “The feeling of my MyFirstRakhi” and NothingCoin by 5 Star.

Sukesh Nayak, Chief Creative Officer at Ogilvy India, believes that the Cannes Lions’ vision to award the bravest choices of creativity is what makes it distinguishable from other events. He said, “Cannes celebrates the bravest of the brave creativity. When we shortlist work, we just keep this in mind and ask ourselves, is this idea brave enough to impress the whole world. Cannes is truly incredible. Besides the fact that the bravest of ideas compete here for the top spot, the festival is also great for bringing together the best minds in the business from across the world in one venue.”

Sarvesh Raikar, Regional Creative Officer, Lowe Lintas, spoke about the H for Handwash for Unilever’s Lifebuoy that they are sending as an entry. He said, “While there are many categories at Cannes, it fundamentally stands for creativity. The idea to change the way the alphabet is taught, across the world, to form habits is an absolute lateral way to solve a real-world problem that truly stems from Lifebuoy's core purpose. The campaign has been winning hearts globally - from securing partnerships of governments, and leading NGOs to jurors at leading advertising festivals - Spikes, Jay Chiat, One Show, Global Effies and more.”

Advertising agency VMLY&R India shared with BestMediaInfo that the campaigns they will be sending for the festival would be 11-year old Sachin Tendulkar Deepfake TVC for Ageas Federal Life Insurance, Adeli Pop-up Kitchen for Unipads, Right to Price marketplace initiative for the farmers’ protest and Killer Pack, the mosquito repellent whose packaging kills mosquitos. 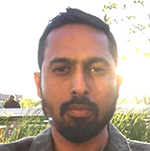 Talking about the categories the agency is looking at, Rajshekar Patil, Executive Creative Director, VMLY&R India, said, “We will be entering a range of categories from Data & AI in Digital Craft to Glass, Social and Influencer Lions to Packaging Design. This just shows the diverse solutions we are crafting at VMLY&R.” 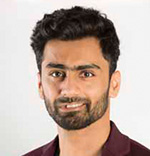 While explaining the factors one should keep in mind during sending the entries for the festival, Mehul Gupta, Co-Founder and CEO, SoCheers, said, “One of the first and most important factors to consider is to enter your campaign in a niche selection of categories which best leverage its strengths. Another thing, which is absolutely essential, is a powerful and impactful presentation of the campaign, whether it be the case study video or the comprehensive write-up, providing a 360-degree view of the work to the jury. The aim is to reach the judges with all the facts but also to transport them into the campaign itself and make them feel what made the work stand out with the original target audience.”

SoCheers, who will also be participating for the first time at Cannes Lions, is entering with The Family Man Job Hunt (for Amazon Prime Video India) campaign. The agency is looking at the category of ‘Media & Entertainment' and the ‘Innovative Use of Influencers’ categories under the umbrella of ‘Social & Influencer’.

“We also consider the mettle of the campaign in India. For this particular campaign, we’ve already won some international accolades and a lot more domestic ones, which significantly adds to our confidence while sending entries”, he added.

According to sources, FCB India and Kinnect will be participating in a joint entry with their most cherished influencer campaign - #Chatpatkagyaan. FCB India Group was the agency with the highest winning titles, including a Bronze Lion won by FCBUlka for its ‘Out and Proud Classified campaign’ for The Times of India on the last day at Cannes Lions 2021.

Dentsu Webchutney will be sending their campaign The Unfiltered History Tour with VICE World News for Vice Media for the festival. The campaign was widely discussed over the internet as it speaks about cultures around the world with an integration of technology.

In the past, Cheil India, who won a Silver Lion in 2021, for its ‘Now, Words Aren't Just Heard’ campaign for Samsung is still finalising its entry for this year. Similarly, Grey India, who bagged a Silver Lion in 2019 for its ‘The Barbershop Girls: Shaving Stereotypes’ campaign shared that they are still finalising campaigns for this year. Likewise, Leo Burnett India which sent three entries last year is also finalising their campaigns.

On the other hand, as confirmed by a source, Schbang and TBWA, McCann, Wunderman Thompson and Leo Burnett will also be participating in Cannes Lions, but they are yet to reveal the names of their entries.

Meanwhile, six Indians are among the global jury announced by Cannes Lions who have been entrusted to recognise the world’s best creative marketing for the International Festival of Creativity, which will run from June 20-24.

which will decide the winners in various categories are: