Taking exception to television coverage of the Ukraine-Russia conflict and communal clashes, the ministry has said that it can prohibit the broadcast of such programs 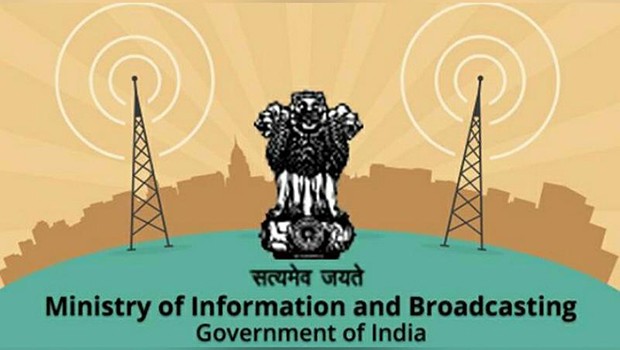 Taking exception to television coverage of the Ukraine-Russia conflict, the Union government on Saturday issued a strong advisory to news channels asking them not to use provocative headlines, hyperbole, unauthentic and fabricated information in their news reporting and debates.

The Ministry of Information and Broadcasting has also asked news channels not to give communal colours to any events.

The advisory comes three days after NewsDrum.in, in its fact-check report on April 20, highlighted the fake news reporting by TV9 Bharatvarsh.

In relation to the ongoing Ukraine-Russia war, the ministry has said that it has found channels making false claims, misquoting international agencies/actors, and using scandalous and fabricated headlines that are not related to the events. The ministry has also warned news anchors against making hyperbolic statements to incite audiences.

The ministry has asked news channels to desist from broadcasting anything that’s against good taste and decency, contains criticism of friendly countries, contains attacks on religions and communities or contains anything defamatory, half-truths, false and obscene.

The ministry has said that broadcasting such content is in violation of the Programme Code read with the Cable Television Networks (Regulation) Act, 1995 and it can prohibit the broadcast of such programs.

What does the advisory say?

It has, however, been found that in the recent past several Satellite TV channels have carried out coverage of events and incidents in a manner which appears to be unauthentic, misleading, sensational and using socially unacceptable language and remarks, offending good taste and decency, and obscene and defamatory and having communal overtones, all of which appear to be violative of the Programme Code and infringement of the provisions of sub-section (2) of Section 20 of the aforementioned Act.

In particular, attention is invited to reporting on the Russia-Ukraine conflict, certain incidents in North-West Delhi and certain news debates.

“The Government expresses serious concern about the manner in which the television channels have gone about their operations in the matter of transmitting content and are hereby strongly advised to immediately refrain from publishing and transmitting any content which is violative of the aforementioned provisions of The Cable Television Networks (Regulation) Act, 1995 and the rules thereunder,” the advisory said ordering strict compliance of the advisory.

The annexure I related to reporting on the Russia-Ukraine conflict states:

(i) One channel aired a news item ‘Ukraine mein Atomi Hadkamp’ on 18th April 2022, during which it mentioned that Russia is planning a nuclear attack on Ukraine. It further sensationalised the situation and mentioned that the attack will happen in the coming few days. The report misquoted International agencies also.

(ii) Another channel indulged in warmongering continues to air factless speculations to an extent that had the tendency to infuse fear in the minds of viewers as it claimed that Russia has given a 24 hours deadline for the Nuclear attack on Ukraine.

(iv) Another channel misreported and made unverified claims on 19th April one such claim was - ‘US agency CIA believes that Russia will use Nuclear weapons on Ukraine’.

(v) One of the channels very frequently made sensational claims of Nuclear war, it aired the headline ‘Nuclear Nisana! Hairatangej khulasa world war ka’ on 19th April, 2022. The channel made several of these exploitative and scandalous ‘war promoting’ claims multiple times.

(vi) A prominent channel misguided viewers through misreporting under sensational headlines such as ‘Ukraine se Putin ka parmanu plan taiyar?’, ‘Parmanu Hamla hona tay hai?’ which was aired on 19th April 2022. The channel frequently uses such misleading and unrelated taglines in its reporting.

(vii) It was found that one channel ran a sensational speculative commentary on the active conflict during prime time. It used fabricated headlines such as 'Atom bomb girega? Teesra viswa yudha suru hoga?' on 19th April 2022.

(viii) A channel misguided viewers with unverified and incorrect news on the war. Anchors of many of these channels talk in hyperbole and make factually wrong comments even misquoting other sources. One such news titled ‘Mariupol Finished! Full and final’ on 20th April 2022.

(ix) One channel aired fabricated pictures claiming to be the proof of the upcoming Nuclear attack on Ukraine. This completely speculative news story seems to be intending to misguide the viewers and arouse psychological upheavals inside them. The show titled 'Ye Raat Kayamat Wali Hai?' aired on 20th April 2022

(x) A journalist of one channel while reporting from Mykolaiv made several unfactual comments that seemed to be promoting war with statements such as 'Russia Parmanu Hamla Kab Karega? Kahan karega?' the channel used taglines like ' 'Vishwa Yudha ke Muhane par Duniya' on 20th April 2022.

(iii) A channel repeatedly carried a video clipping of a man belonging to a specific community carrying a sword.

(iv) Channels claims that this video depicts that it was pre-planned to spread violence in a religious procession. (19th April 2022)

(i) A news channel broadcast a programme titled ‘Hunkar’ on April 20, 2022. During the debate, several speakers used unparliamentary and derogatory language towards each other. It was also found that the overall tenor and tonality of the show remains very aggressive and disturbing. Such ambience has a tendency to negatively impact the viewers, especially children and may have long-lasting psychological distress and subliminal impact on them.

(ii) A news channel debate show titled ‘अली Vs बली, कहां कहां खलबली?’ aired on 15th April 2022 on the ‘Loudspeaker rules’ have instances where panellists have used derogatory terms and there were also some communal comments made during the show.