With this, the platform invites people to play the Cred bounty with their ‘afsane, begane and tarane’ 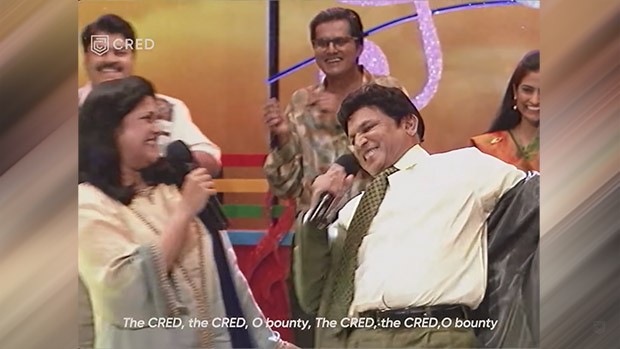 Cred, a high-trust community of creditworthy individuals, merchants and institutions, has released its second ad-film for its Indian Premier League (IPL) 2022 campaign- “Play it different”.

The ad features veteran actors Annu Kapoor and Renuka Shahane playing a fun Cred bounty ‘antakshari’. With this, the platform invites people to play the Cred bounty with their ‘afsane, begane and tarane’.

The ad was conceptualised and written by Tanmay Bhat, Devaiah Bopanna, Puneet Chadha and Deep Joshi with music by Karan Malhotra. The film was produced by EarlyMan Films and directed by Ayappa.

Cred bounty enables its users to win rewards worth Rs 50 crore during the IPL campaign.

All they have to do is - invite their contacts, play games on Cred app, and win daily prizes with Cred bounty. They also have to make sure to pay their credit card bills via Cred app to participate in the Cred bounty.

Not just players, Cred members and their close ones also stand a chance to win big as they pay off their credit card bills on time to earn Cred coins, which they can use to win cashbacks and rewards during the IPL season across the app.