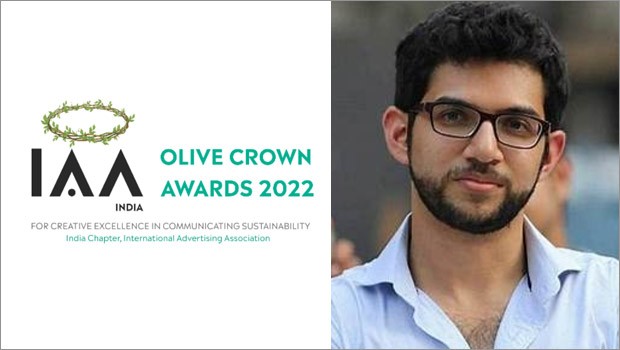 The International Advertising Association (IAA) said that Aaditya Thackeray, Minister for Environment and Tourism, Maharashtra government, will be the Chief Guest at the IAA Olive Crown Awards.

IAA is a globally-focused integrated advertising trade association with membership representing advertising agencies and the media. The IAA comprises corporate members, organisational members, educational affiliates, as well as 56 Chapters with individual members and young professionals from 76 countries including the top 10 economies in the world.

Megha Tata, President of the India Chapter of the IAA, said, "Shri Thackeray is not just the Minister for Environment but is also passionate about many environmental causes. His contribution to the eco-space has been significant. Something that had prompted the IAA to present its prestigious Olive Crown-Green Crusader Award to him last year. We are privileged that he will grace this event."

Olive Crown Committee Chairperson Pradeep Dwivedi said, "The Olive Crown awards salute excellence in communicating sustainability. They are arguably the most meaningful awards from the marcom industry. The event will see top industry leaders presenting and accepting these awards."

Neeraj Roy, Co-Chair Olive Crown Committee, said, "These awards, now in their 12th year have grown in stature over the years. We are very pleased that the scope of these awards has been growing as well. This year we have announced that we will be supporting the ‘SaveSoil movement’ with an awareness program. The winning entries will be showcased at this event."