In an interaction with BestMediaInfo.com, Kevin Vaz, Head - Network Entertainment Channels, Disney Star, talks about the response on the newly launched reality show on Star Plus, ‘Smart Jodi’ 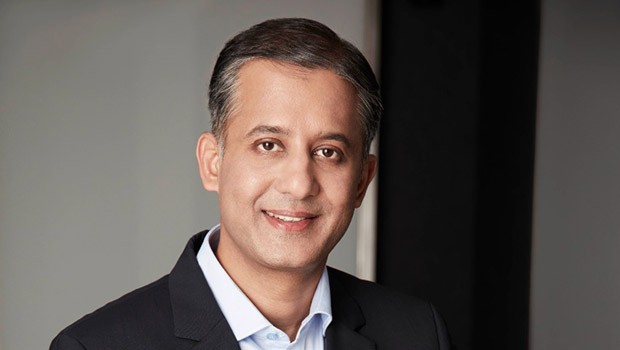 Star Plus’ new non-fiction property 'Smart Jodi' is already making a space for itself with respect to viewership and advertising response.

According to Kevin Vaz, Head - Network Entertainment Channels, Disney Star, the show clocked in the highest viewership that the category has seen for non-fiction shows in the past 17 months.

"We saw phenomenal growth in both, Saturday and Sunday slots as well. While the weekend overall witnessed 18% growth in the slot reach, Sunday saw a whopping 61% growth. ‘Smart Jodi’ enabled us to attract new viewers to our channel as well. The show reached out to 19 million viewers during its first week (Source: BARC, MF15+, HSM Urban, Original programming, Weekly cume in mn, Wk 9 ‘22)," said Vaz.

The show's format explores the dynamics of celebrity couples from across the field by making them compete with each other in tasks. The format was earlier explored on the network's Telugu regional channel, Star Maa.

Speaking about the strategy behind launching a large-scale non-fiction property prior to the festive season, Vaz said, "As a network, we firmly believe that non-stop entertainment should be available to viewers all-year-round and not restricted to just festive seasons. We have successfully offered non-stop entertainment across markets year-on-year. And we continue to forge a great connection with our viewers across demographics, which is a critical aspect for any advertiser. ‘Smart Jodi’ has seen a stupendous response from advertisers, we have nine sponsors across categories on board. This is a testimony to the strength and uniqueness of the show."

"Smart Jodi simply looks at reminding our married viewers about the beautiful relationship they share with their spouse and relive the journey with the celebrity couples. This home-grown format focuses on positivity, emotions and a feel-good factor. Our ultimate aim has always been to introduce newer formats and showcase relatable stories beyond the existing realm, and Smart Jodi delivers exactly that," added Vaz.

He further added that they were looking for formats that had not been explored in the Hindi non-fiction category yet. So, they didn't have to look much deeper as the format had performed well on Star Maa.

The show has taken couples from different walks of life. According to Vaz, this is why the show is also receiving an equal amount of engagement on social media. He said it has reached 130 million+ viewers on social media through the different couples.

"We also looked for couples with different stories from various stages of their married life that they would be willing to share with our viewers. We are delighted with the admiration we have received from our viewers across platforms,” he added.

Asked about the kind of advertising response the channel is expecting further into 2022, he said, brands are coming from diverse categories driven primarily by e-commerce, FMCG, and cosmetics. In addition to these categories, they also have episodic sponsors from the auto, social media and insurance.

“As storytellers, we continuously strive to tell powerful and entertaining stories that viewers find relevant as they are based on deep insights. Our content strategy is supported by the insight that audiences are fundamentally attracted to a good story that is well told. Viewers are our North Star and we will continue to offer compelling content on the channel and create characters and formats that resonate with the masses,” he stated.