The independent agency, established in Delhi in 2007, will now expand into Mumbai. Current W+K Delhi Managing Director Gautam Narayanan will stay on in his current role 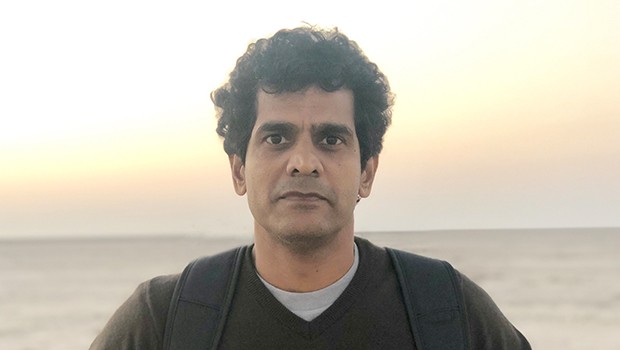 Wieden+Kennedy announced today that they have hired Santosh “Paddy” Padhi, as Chief Creative Officer for India.

The hire also means an expansion for the independent creative agency into Mumbai, where Paddy will build out the shop’s second India location. Wieden+Kennedy has been established in Delhi since 2007, over the years building some of India’s most exciting brands including IndiGo Airlines, Royal Enfield, and the government of India.

Some of the office’s greatest hits over the years include Nike “Da Da Ding”, an initiative to bring in foreign investment into manufacturing called “Make in India”, 15 years of  branding and design for IndiGo Airlines, and more recently, “That’s Why I Airbnb”, for Airbnb, “Light up new beginnings”, for OPPO, and “Gamerkind, Humankind needs you”, for HP Omen. In 2021, W+K Delhi had their best new business year in five years, adding business from ABinBev, Delhivery, Hero Motorcorp, OPPO, PokerBaazi and Visa.

Paddy said, “W+K have always raised the creative product of our industry for the last 3-4 decades, they were one of my inspirations when Taproot was set up. I have always believed creativity is the core of our business—W+K has proven that consistently with fearless creative work on a variety of brands.

I'm very excited, it’s a great opportunity for me to take this vibrant legacy brand forward and build the next chapter of creative excellence out of India. In a business like ours you are as good as the kind of people you have on board—there are some wonderful minds in Delhi and I'm once again fortunate to hand pick some more wonderful people to join us and expand our presence into Mumbai.”

Paddy started his advertising career 25 years ago after graduating from art school in Mumbai. He founded Taproot in 2009, and the agency quickly became one of India’s most prominent creative agencies, picking up critical acclaim, accolades and awards for work done for clients including Amazon, Disney, FaceBook, Uber, Adidas, Bennett, Coleman & Company (publisher of the Times of India), Bharti Airtel, and PepsiCo. Coke, Star Sports.

Earning over 200 international awards (including 2 dozen Cannes Lions, and multiple Golds and Grand Prix titles from different award shows) and over 300 local awards, Paddy is one of the most awarded creatives in India.

In 2012, Paddy and his partner Agnello Dias aka Aggie sold Taproot to Dentsu. Paddy remained the Chief Creative Officer for Taproot Dentsu until 2021, when he left.

Karl Lieberman, Wieden+Kennedy Global Chief Creative Officer, said, “Paddy is a transformative creative leader with an impressive track record building creative companies and brands, and making work that is really centered in culture. We feel lucky to have him join us at a time when we really want to connect further to the creative people and culture in India. We are excited about the future of Wieden+Kennedy in India”

Immediately, Paddy will build out a leadership, talent and client roster for the expanded India shop. Dean Wei, who has been the Executive Creative Director leading W+K Delhi since 2019, is leaving the agency later this year to return to London. Current W+K Delhi Managing Director Gautam Narayanan will stay on in his current role.