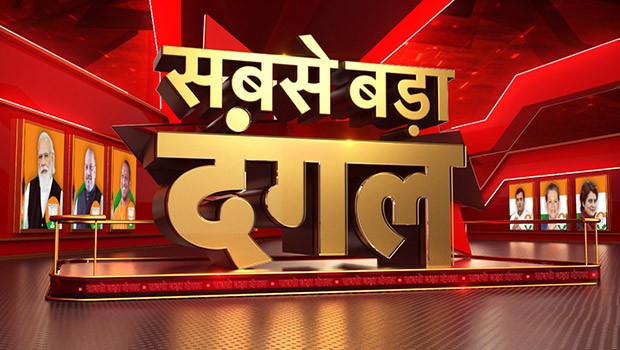 As the outcome of the five-state elections inches close, there is palpable excitement for the announcement of the results on Thursday, and News18 India is fully prepared to bring the most comprehensive and accurate coverage of the same.

The special programming for March 10 will begin at 5 am and the channel will keep the viewers abreast of all developments throughout the day.

For the past couple of months, News18 India has been bringing extensive content on the elections to its viewers through a mix of engaging show formats under the umbrella programming of ‘Sabse Bada Dangal’.

All of the channel’s top anchors have been driving the coverage including the channel’s Managing Editor Kishore Ajwani, alongside anchors such as Amish Devgan, Prateek Trivedi and Aman Chopra. The channel’s programming on the elections has included a variety of content including interviews with top political leaders, on-ground debates, audience-based shows etc.

The Counting Day coverage will continue to be led by these anchors who will be joined by a panel of experts and political analysts such as Harsh Vardhan Tripathi, Awadhesh Kumar, Aarti Tikoo, Nirmal Pathak, Ambrish Saxena, Aditi Chopra and Sanjeev Chopra among others.

This team of anchors and experts will aim to bring unmatched analysis of trends and factors behind the winning and losing of candidates from different constituencies. The channel will also use its on-ground strength to report on all developments from ground zero and keep the viewers most updated on the results.

The channel will also be running a unique viewer engagement program to award its loyal viewers.