#ItsNotOk Campaign: Truecaller-Network18 to bring together leaders for driving conversations around women safety at 'Call it Out' conclave 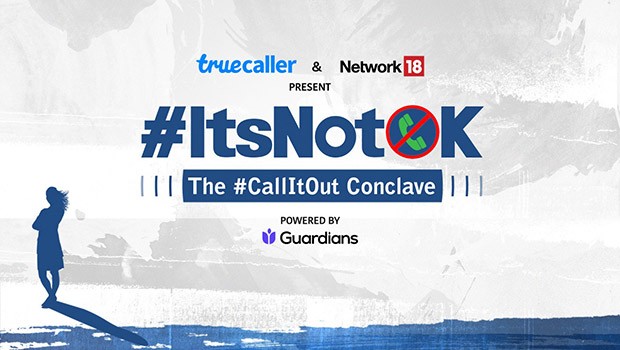 After the launch of #ItsNotOk campaign on Women’s Day to generate more awareness on women’s harassment, Network18 and Truecaller are now taking the conversation forward with ‘The Call It Out Conclave’ on March 29, 2022.

The conclave will be held at The Oberoi Hotel, New Delhi and will begin at 6 pm on Tuesday.

The event will bring together a line-up including political dignitaries like Union Minister of State for Electronics and Information Technology Rajeev Chandrasekhar, Bollywood actor Raveena Tandon, Special Commissioner, Delhi Police, Shalini Singh, among others. There will also be a special address by Devusinh Chauhan, Minister of State for Ministry of Communications. Rakesh Asthana, Police Commissioner of Delhi, will also be giving a special address.

The event has been conceptualised to create a bigger conversation around online safety and security in today’s digital world and take into account the steps taken towards making the online space safer for women and building a safe environment for them where they can report harassment.

The speakers will enlighten the audience on tips to create cyber security awareness, cyber laws (for women against harassment), recourse available to report cases of harassment and future discourse with regards to women’s safety.

The attendees will also get to witness a discussion between Shereen Bhan, Managing Editor, CNBC-TV18 and Alan Mamedi, Co-Founder and CEO, Truecaller, on what led to the campaign and how they are bringing all the stakeholders of the society together to build a safer environment for women where they can voice out their issues without any concern.

The conversations will take a global turn with a dialogue between Sweden Ambassador Klas Molin and Annika Poutiainen, Board of Director, Truecaller on personal stories and lessons from around the world.

Smriti Mehra, CEO, Business News Cluster, Network18, said, "Taking the next step towards women safety, Network18 in partnership with Truecaller, will now hold the 'Call It Out Conclave’. This new chapter in the #ItsNotOk campaign will take forward the initiative of building a safe environment for women to voice their issues on harassment. Through this platform, we aim to emphasise on cyber laws, safety tips and the recourse available to report cases with the bigger goal to make them feel safe and empowered."

Alan Mamedi, CEO and Co - Founder, Truecaller, said, “It gives me immense pleasure to be here today. Truecaller’s fight against harassment over the phone is not new. We have been on an unwavering journey since its inception, to build trust in communication and this is a big part of that journey. Our association with Network18 to launch the #ItsNotOk - CallItOut campaign is a new milestone to help us empower women around the country to take strict action against harassment. It's more important than ever to challenge the current scenario of normalising harassment. We hope this step towards women safety will encourage them to take a stand against harassment - to #CallItOut and not be silent sufferers or observers. Every such action contributes in a large way towards making our society safe for all.”

Tags: #ItsNotOk Campaign Truecaller-Network18 Call it Out conclave
Advertisment
More from this section