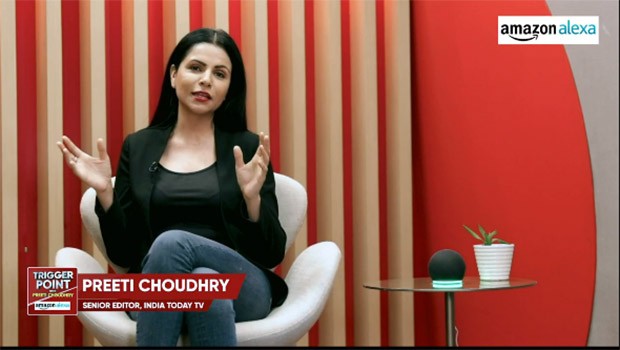 With all eyes glued to this political fervour unfolding ahead of the counting day, IndiaToday.in and Amazon Alexa have partnered to deliver election broadcast in the digital arena.

It must be noted that the fight for political supremacy in the Hindi heartland of Uttar Pradesh, the largest population-wise state in the country, is one of the most anticipated events in India’s political calendar.

As the seven phases of polling nearly comes to an end and exit polls being around the corner, the content partnership comes at the crucial juncture in the most anticipated political festival of Hindi speaking belt of India -UP elections.

The partnership puts the focus on delivering factual information and insightful analysis through three special episodes of the flagship show ‘Trigger Point’ hosted by Preeti Chaudhary.

UP Election 2022: An overview of the political mood and public sentiment | Trigger Point with Preeti Choudhry | IndiaToday