The adult comedy movie will premiere digitally on Voot Select on March 31, 2022, followed by the world television premiere on Colors Kannada 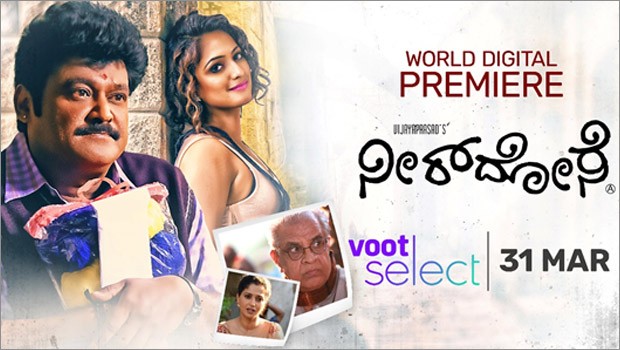 The adult comedy movie Neer Dose will premiere digitally on Voot Select on March 31, 2022, followed by the world television premiere on Colors Kannada.

The movie that entertained Kannada audiences with its comedy has the most versatile and veteran talents such as HG Dattatreya, Jaggesh, Hariprriya and Suman Ranganathan in its lead roles. Though Neer Dose has been categorised as ‘bold comedy’, the movie talks about social and emotional values by adding the flavour of comedy into it.

Neer Dose, in its plot, explores the challenge of narrating the life of a sex worker (Hariprriya) who forges unexpected but meaningful and selfless friendships with a crematorium van driver (Jaggesh) and a retired man (HG Dattatreya).

Director Vijaya Prasad said, “I have seen sex workers closely and that has helped me in narrating the character of Hariprriya in this movie.”

Neer Dose talks about how life can be so beautiful and simple if one breaks the barriers of social paradigms.

Prasad further said, “I am so excited about the OTT release of the film as the demand of mass audiences for the film is finally being addressed by Voot Select. I can say that the same baby is born twice.”