Omicron impact on adex to be minimal, FY22 revenue targets likely to be on track

The media industry is unlikely to undertake any more cost-cutting measures in the current fiscal and feels that Omicron will just be a blip on the revenues, with no long-term impact 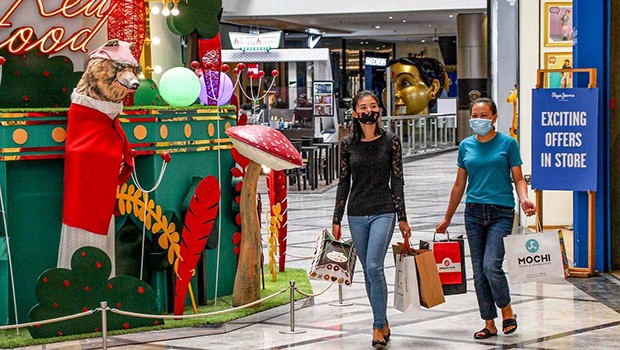 After facing the onslaught of the Delta variant of Covid-19 in the first quarter of the current fiscal, the media and entertainment industry is prepared to deal with the much milder Omicron in the fourth and final quarter of FY22.

The industry experts say that though the spread is larger, but the low hospitalisation rates and severity mean that the impact on business would be minimal unless there’s a full-blown lockdown.

Talking to BestMediaInfo.com, Shashi Sinha, CEO, IPG Mediabrands India, said, “The impact is bigger when lockdown is announced. There is only a slight impact due to odd-even, curfews, theatres being shut. Large advertisers like FMCG and auto aren’t affected just now. We are still seeing campaigns coming to us. Therefore, I would say it is too early to say there is any impact. The perception for Omicron is that it has a mild attack only. The numbers are large but the severity is less. The rising number of Covid cases won’t play a spoilsport. The third quarter went really well. I would ideally want to say that there won’t be any impact. But after seeing the impact of the second wave, one has to be cautious.”

Niti Kumar, COO, Starcom, said, “I would take a cautiously optimistic outlook here. Data from the other nations undergoing the third/fourth waves seems to say that the severity of illness is less and governments are slightly better prepared for health infrastructure. Hopefully, we will be able to ride through this without much long-term impact on the industry.”

The advertising expenditure of the country is still not back to the pre-Covid levels. In the current fiscal, it was expected to touch the 2018 numbers with a little bit of growth as well. However, with the ongoing situation, experts feel it will be difficult to predict.

The brands have also learnt to deal with the successive Covid waves and unlike the past two times, this time they’re likely to go ahead with the campaigns.

“I think brands have learnt to deal with the ups and downs in demand that the pandemic has brought with it. While increasing cases will impact consumption and entertainment (like cinemas, restaurants) adversely, most consumers and brands have figured out ways to keep the business going. This is what we saw during the second wave as well – more deliveries, non-physical purchases and so on. The good thing with the third wave, if it happens, is the largely vaccinated population as compared to the second wave, hence, the outlook for business is not as bleak,” said Kumar.

Sharing how his clients and brands are planning for the evolving scenario, Sinha said, “Brands are concerned and careful, but we haven’t seen any negative action from their end. They aren’t cancelling ad campaigns. All this hasn’t happened yet. Everybody is trying to figure out how intensely this would pan out.”

Talking about the impact on the fourth quarter, Sinha said that until the lockdown is announced, no one is going to do anything. While some impact is already visible on cinema and OOH, print, digital and TV continue to perform well.

The media companies have had an excellent last two quarters with some having strong double-digit growth, and segments such as print recovering to almost 80-90%, of the pre-Covid levels.

Kumar of Starcom said that the companies had built various contingency plans in their FY22 strategy. So, it can be said that from an outlook point of view, everyone is prepared.

“What we mostly see is that growth targets now have multiple scenarios built-in – best case and worst case. This helps organisations plan better. Depending on the severity and the timelines of the wave, different categories and brands are likely to see impacts on growth. The second wave for instance hit us at the onset of summer, affecting seasonal categories like beverages. The key priority is to keep our people safe – that’s the biggest protection for any business. We’ve also learnt last year that while there may be a tough period the recovery is also good and robust. All these learnings have been built into the forecasts for 2022. It’s critical that organisations in an industry such as ours are agile in the way they plan their business – to be able to pivot and deal with the ups and downs that the last two years have seen – will be the key to thriving, in my opinion,” Kumar said. 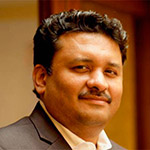 Vijay Koshy, President, The Viral Fever, feels that the ongoing Covid crisis might not impact platforms banking on branded and original digital content.

“Since the pandemic began, we’ve seen a lot of newer brands wanting to take the branded content route. So, the business has grown exponentially. However, the challenge is execution since lockdown and other measures present its own set of challenges. Also, since most of our work is people-driven and not automated, scale-up can be done over a gradual period of time.”

Siddhartha Roy, COO, Hungama Digital Media, said, “There obviously may be an impact on both music and video business. Coming through the movie space, there will be delays in movie releases and music releases of the same content.”

“On the original series front, we’ve covered over 8-12 weeks because our content has already been shot. But future content that we need to produce would have certain disruptions,” Roy added.

Magazines, however, which were just showing the signs of recovery may feel a little bit of heat though as some brands may not open their purse strings as liberally.

Talking about the impact on magazines and the print category at large, Anant Nath, Executive Publisher, Delhi Press, said, “The big question is how advertising would be impacted, which is still not clear. It’s a wait and watch situation and probably in a week or ten days, we’ll exactly know the situation. We hope the impact to be minimal, but it all depends on how badly it spreads. One will have a backup plan only when Covid reaches that point. There is still time for that. Backup plans include cost-cutting. Today, in anticipation only we can’t start reducing the cost. We’ll have to wait.”

Indranil Roy, Chief Executive Officer, Outlook Group, said that the companies will start undertaking cost-cutting measures to ensure that the profitability of FY22 is not impacted. This may lead to a cut in their advertising budgets. He said that the events business may also see some impact, as on-ground events came back in the third quarter, which may not be the scenario in the fourth quarter.

“So obviously in the next three months we will see a slowdown, and the slowdown basically means that nobody wants to open their purse,” Roy said.