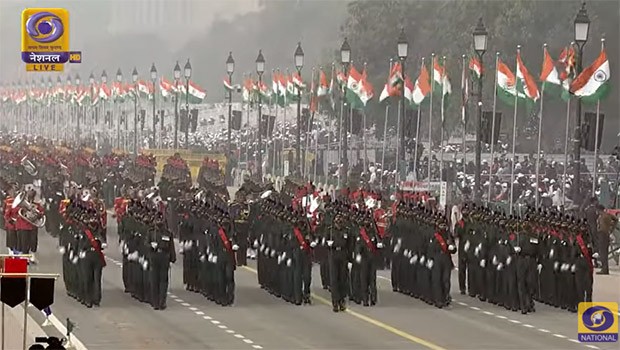 Aaj Tak had an average live viewership of 2,52,530, and it is the only channel that came close to the national broadcaster.

India Today TV was the highest watched English feed with 54,501 peak views and an average live viewership of 41,257.

All of the private channels were taking the live parade feed from Doordarshan.

As per the Twitter feed of Prasar Bharati, the preparation for the coverage of the parade had been a long process with meticulous attention to detail. Fifty-nine HD facility cameras were placed between Rashtrapati Bhavan and National Stadium. 26 cameras were placed around the Republic Day Saluting area, enabling a bird-eye view and a fish-eye view of the ceremony for the viewers.