The docuseries, produced by Vice Studios Production and directed by Niyantha Shekar, showcases this journey towards success and highlights the deep-rooted ‘akhada’ culture, strict discipline and the unparalleled devotion behind a champion wrestler 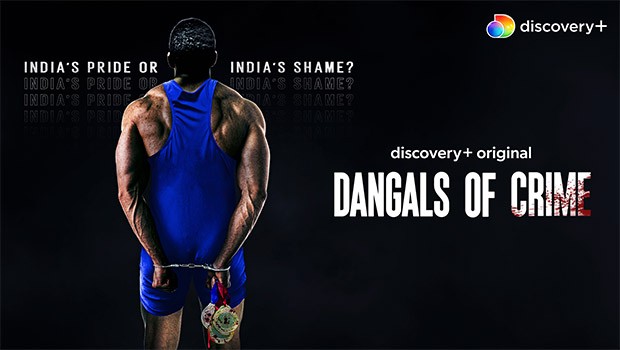 The new offering streaming exclusively on discovery+, aims to captivate audiences and fans by not only tracing the journey of the meteoric rise of the Olympic sport of wrestling in India, but by also exploring in depth, the dark underbelly of crime often associated with it.

The docuseries, produced by Vice Studios Production and directed by Niyantha Shekar, showcases this journey towards success and highlights the deep-rooted ‘akhada’ culture, strict discipline and the unparalleled devotion behind a champion wrestler.

The series deep dives into two very important aspects, showcasing how the sport of wrestling on one hand has been instrumental in bringing sporting laurels for India, but also how it has witnessed some dark moments which overshadow its glorious journey and malign the sport and its athletes.

Former wrestlers and coaches, eminent sports journalists, and law enforcement officials weigh in with their experiences, insights and memories, making the two-part ‘Dangals of Crime’ a must-watch for sports, crime and history genre audiences.

Among notable former coaches and wrestlers whose views find reflection in the documentary are such names as Satbir Singh, Virender Kumar, Anil Mann and Ramphal Mann, amongst others.

The series goes deeper into the story that's not only been topical but also unpacks the storytelling for audiences with various perspectives, insights and revelations for all the ardent discovery followers.

Megha Tata, Managing Director- South Asia, Discovery, Inc said, “Adhering to our brand promise of delivering the most compelling stories, we are excited to premiere this new investigative docuseries. ‘Dangals of Crime’ delves deep into the realms of wrestling, a sport that has churned out some of India’s greatest home-grown champions. Reflecting on the sport in the most informative way, the discovery+ Original dissects every aspect of the making of a ‘Pehelwan’, coupled with its current realities and the crime related to it. It will surely leave our viewers thinking. The docuseries not only adds value to the ever-expanding content repertoire on discovery+ but also brings forth topical subjects to our platform. This is surely going to be a gripping watch.”

‘Dangals of Crime- The Untold Truth About Indian Wrestling’ will begin streaming from January 28 on the discovery+ app.

Tags: Dangals of Crime discovery+
Advertisment
More from this section