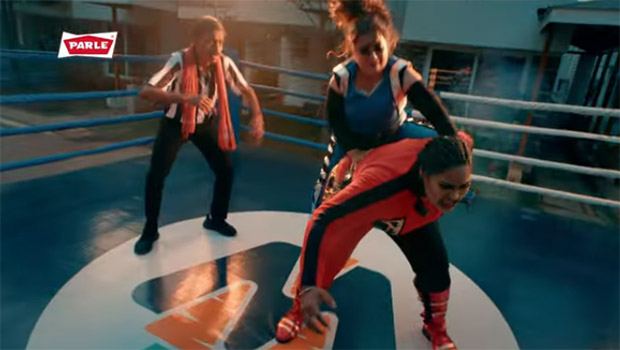 The three TV commercials in this new campaign have been conceived by thought blurb Communications, who has also worked on the last TV campaign for Parle Magix.

While children are the primary audience, the campaign also speaks to parents, who can relate from the experience. However, the commercials themselves are meant to be a delight to people of all ages.

“A child’s imagination does not follow a pattern that is logical. They give a comical and bizarre twist to everyday situations that are often invisible to adults. This is the insight on which this campaign is built. It seeks to be relatable to a child and to entertain them.”, said Mayank Shah, Senior Category Head, Parle Products.

Vinod Kunj, Partner and CCO, thought blurb Communications, said, “The client’s brief was to establish a connection with children. So, we decided not to tell them how good our product is, just tell them that their world is fantastic. The creative team took a hike into the world of children and came back with this really whacky campaign.”

“Children think in a completely different manner. In comparison to adults, their way of seeing things is marked by unbridled imagination, and absolutely devoid of conventional logic. Parle Magix encourages the ceaseless curiosity of these children as they enjoy the process of knowing and growing,” said Shahid Hussain, Creative Director, thought blurb Communications.

Nidha Luthra, Executive Director, thought blurb Communications, said, “The films are based on a simple consumer truth. All children have a whacky/wild side hidden inside them. Our task was to encourage children to bring that ‘imaginative’ side out. The moment Parle Magix is inside you; your wild side lets itself out. Thus, was born, 'Magix Andar, Masti Bahar'."