In his previous assignments, he has worked with companies such as PVR, Sony, UTV-Disney, Balaji and Zee Entertainment to name a few 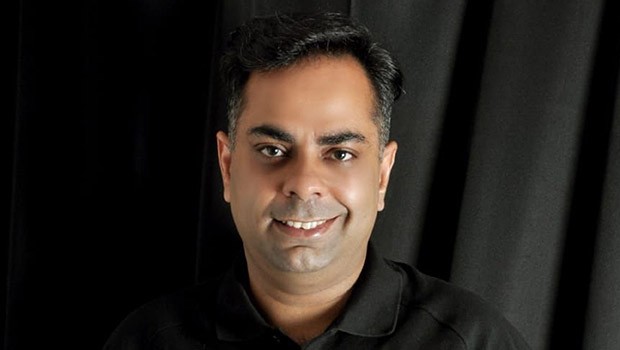 FNP Media, a content company and production house by Ferns N Petals, has announced the appointment of Girish Johar as their Chief Operating Officer. He will be directly responsible for overseeing the operations, content creation, marketing and business exploitation of all avenues for FNP Media.

The company plans to create content for all platforms and screens, in all formats such as short films, ad films, web series, and film originals for OTT and theatricals, looking at new avenues for growth of the company in the media and entertainment sector.

With an overall experience of over two decades in the film industry, Johar brings with him a deeper understanding of cinema, right from its creation to its appreciation among the audiences, across all formats. In his new role, Johar will be responsible for fuelling the growth of FNP Media.

Having worked on more than 150 films in various capacities and in multi languages — Hindi, English, Marathi, Punjabi, Tamil, Telugu, Bangla, he is an eminent film trade and business analyst, a film maven and a promising producer.

In his previous assignments, he has worked with companies such as PVR, Sony, UTV- Disney, Balaji, Zee Entertainment to name a few. His professional, multi-tasking and focused approach has won him many laurels and special recognitions. His high integrity, jovial and pleasing nature has not only earned him many friends and supporters, but also helps him make strong and credible relationships with his peers among the fraternity.

Vikaas Gutgutia, MD and Founder, Ferns N Petals and FNP Media, said, “Ferns N Petals family welcomes Girish Johar to lead FNP Media. Johar brings along a great in-depth understanding of the film industry. His rich experience and expertise in cinema will be a great asset to the FNP group and will help in scaling business and growth of FNP Media. We are looking at building a plethora of content library in next 3-4 years with an overall investment of Rs 100 crore plus. Ferns N Petals through FNP Media is determined to identify people who demonstrate amazing talent and help them foray that into a long-term career.”

Commenting on his appointment, Johar said, “I am elated to be a part of the Ferns N Petals family. It is a reputed and momentous group to grow with and I am looking forward to take hold of my role and build a long term association with FNP Media. Making this an established media entity not only within the fraternity but among our ever growing audiences, across platforms and differentiated formats.”

Ahmad Faraz, General Manager, FNP Media, said, “It is indeed a pleasure welcoming Girish Johar to our growing team, I am looking forward to work with him and establish FNP Media as one of the top players of content in next few years. With his experience and knowledge of the industry, I am sure we will be able to produce good quality content.”

FNP is foraying into various fields to make your occasion even more memorable with their products and services. FNP Media is producing short films as of now and now working on multiple web-series and feature presentation and are looking to be listed in next three years. With a total investment outlay of Rs 100cr+, to start with, FNP Media is poised to become a strong and prominent media company creating content in all formats, for all platforms globally.