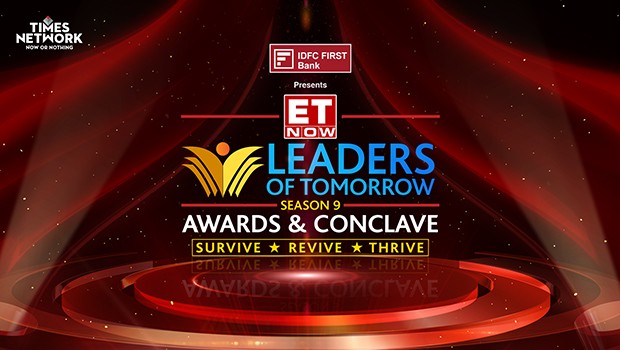 Celebrating the success stories of India’s most innovative and resilient MSMEs and start-ups, ET Now hosted the 9th Season of Leaders of Tomorrow Awards and Conclave, presented by IDFC FIRST Bank, in Delhi.

India’s largest entrepreneurship platform, Leaders of Tomorrow has been creating stories of entrepreneurial success year on year and has built a definitive stage for every enterprising Indian by offering them guidance and access to the industry experts.

Navigating through a turbulent past 2 years, several enterprising small businesses in India turned adversity into opportunity to innovate, reimagine and reinvent their businesses and showed resilience to emerge stronger than before. Saluting this indomitable spirit and recognizing the exemplary performance of the SMEs, MSMEs & Start-ups across India, ET Now LOT Conclave and Awards this year was driven with the theme, ’Survive. Revive. Thrive’.

Delivering the welcome address, MK Anand, MD & CEO, Times Network, said, “ET Now has been championing India’s growth story with a focused purpose of helping Indians Rise with India. This mission reflects in our flagship property, Leaders of Tomorrow that empowers, enables and celebrates the spirit of small businesses and start-ups that are together powering the rise of a Strong new India. We are proud to anchor India’s largest entrepreneurship platform that chronicles new stories of entrepreneurial success year after year and celebrates the heroes of the space. SMEs, MSMEs and start-ups constitute the backbone of our economy providing much needed resilience to ward off global economic shocks and adversities. It is heartening to witness stories of several enterprising small businesses who not only showed resilience but rose through the adversities to innovate, reimagine and reinvent during the turbulent past 2 years. I firmly believe that Leaders of Tomorrow will continue to inspire more and more Indians to take the plunge and create new stories of entrepreneurial success.”

V Vaidyanathan, MD & CEO, IDFC First Bank, said, “When we think of entrepreneurship, we mean business, we mean demand and that’s when economy plays a huge role. The Indian economy has bounced back after the first and second wave because the underlying human consumption is very strong in India. All the major indicators of the economy - GDP, house sales, car and two-wheeler sales, and FMCG products’ consumption have been marking an upward trend. The power of an economy lies in its credit. The Indian Banking Sector’s current outstanding total credit is over 120 lakh crores, out of which about 50 lakh crores is for entrepreneurs.  After 75 years, small entrepreneur credit is growing by 25-30% per year. SMEs are being benefited tremendously by the power of leverage, which was earlier reserved for large corporations.” Highlighting the need for entrepreneurs to shift to an organised environment from an unorganised one, he said, “Migration from unorganised to organised is the need of the hour. The Indian Retail Sector or Kirana market is a trillion-dollar market, out of which 80-84% is unorganised and only 4% is online. Every industry is now becoming organised, offline to online. For entrepreneurs, this is an opportunity to ride the new bandwagon and not just be spectators. The leaders of tomorrow need to have a digital play.”

Sanjeev Sanyal, Principal Economic Adviser, Ministry of Finance, Govt of India, said, “As the Indian economy revives post pandemic, we observed that the impact in the second wave was much lesser as compared to the first wave. Things are stabilising and industries are opening up now and we realise that demand is not a constraint in India. Globally, this is a serious issue, but India has been able to overcome this as our fiscal resources are strong. Our supply sector reforms are unparalleled. During the first wave, we focused on framework reforms like GST, Aadhar, labour reforms and farm laws, however, the second wave reforms are more sectoral in nature like deregulation, monetisation, and privatisation of industries.”

Talking about the third wave reforms which are currently in the pipeline, Sanyal said, “Our thrust during the third wave reforms would be to get the Indian state to do what it should be doing which includes, delivery of justice, enforcement of contract, and upgradation of municipal services. We plan to give access to world-class infrastructure to poorer sections of the society to foster innovations. I do not believe in rigid planning, rather focus on growth strategy that is based on flexibility and resilience. One big example of this is ‘Atmanirbhar Bharat’ which focuses on leveraging our inner strengths. We as a nation need to give ourselves enough credit. Today, we delivered over 20 Million covid jabs and I feel this is incredible, we have the capacity to deliver at this high level.”