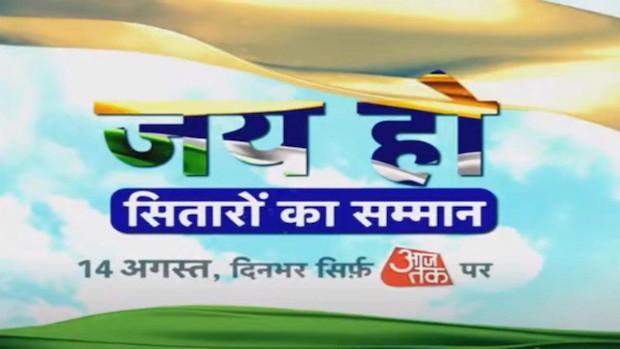 Aaj Tak is celebrating the 74th Independence Day with a day-long special programme ‘Jai-Ho’ featuring the Olympic medal winners. The special programme, being aired on August 14, will further embellish the celebrations of the nation by featuring the heroes whose performances achieved the highest ever medal haul for India at the recently concluded Tokyo Olympics 2020.

Speaking about the special programme, Kalli Purie, Vice-Chairperson, India Today Group, said, “It is euphoric, the performance of Indians in the recently concluded summer Olympics at Tokyo. As a nation, everyone is seeing this as the dawn of a great future in our performance in sports at the highest levels. Featuring the winners and telling their story to the country will serve as a great step in inspiring a nation of aspirants. On the eve of the 74th Independence Day our special program JAI-Ho featuring the Olympic stars is surely whet the appetite for resounding celebrations.”