We aim to scale our existing units and help them grow consistently, says Anuraag Srivastava of Rainshine Entertainment 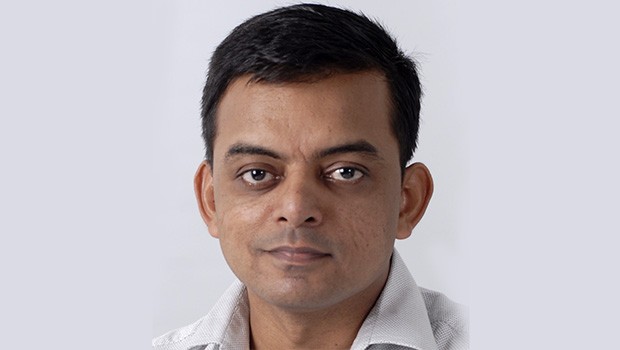 Anuraag Srivastava was recently elevated to the position of CEO of Rainshine Entertainment (India), a media and entertainment company based in the United States.

Srivastava was earlier the COO and co-founder of the company, which has various sub-brands focusing on different types of content.

Speaking about his vision for Rainshine, Srivastava said the focus would be on scaling the existing units and helping them grow. He said they plan to launch a few new initiatives that will keep up with the evolving digital OTT space.

“In a universe where it was difficult to ramp up and produce content, especially in the last 18 months, we have gone fairly big. We are happy, and we want to be bigger. However, it is not bad that we have reached this stage. The challenge for us is reconsolidation. Several units that were quite small two years ago have become quite large. Now the key challenge is to see they keep growing and deliver consistently," he said.

The group is also expanding its offerings and launching a new subsidiary called Rainshine Media Fintech.

Speaking about the plans for CM Studios, a subsidiary under Rainshine Entertainment, he said they are working on newer projects with Amazon Prime Video and SonyLiv, and with the regional OTT platform Aha. The platform is producing a soon-to-be-released horror show, Ankahi Ansuni, for Disney+Hotstar and Chattis Aur Maina, which is streaming on the platform under the Quix category.

Srivastava said they plan to launch TV plus content for traditional TV audiences to help them to be acquainted with digital content. “It is a way for India, which has been used to TV content, to start moving towards OTT. The OTT content is usually behind a paywall. It is expensive because it is high-quality content. We see that television content from the big networks is re-streamed for digital on their platforms. TV plus content will be like a teaser and will have content written in the style like the ones behind the paywall but perhaps shot cheaply.”

He said they are scaling this content for every platform and will have short episodes between 8-10 minutes and 20-30 episodes long. On how this content will be monetised, he said the OTT platforms are paying them for it and they are also charging a licence fee.

Asked if having different companies under its umbrella producing different types of content hinders Rainshine’s identity as a whole, he said Rainshine was never about representing one type of content. “Rainshine has more of a production, sales and project management platform that gives stability when other platforms are working with us.”

“We have partner studios and each works on different styles of content. Culture Machine has a niche type of content, so our identity in our opinion from a creator viewpoint will not go away,” he added.

CM studios recently restructured and launched another division ‘Lightstream’, which focuses on making short-form, long-form, and influencer-led content for brands. Explaining how brands are responding to it, he stated, “We work with quite a few of them, right now over 75 of them at any point in time. So we've been reasonably successful. I think the core challenge in any brand solution for content is how to scale it up and make it larger.”

He said Lightstream is like their start-up where they have been experimenting constantly. He said the platform is producing IPs keeping a category or a brand in mind and then getting them on board. “It is thought through, not just random ideas. The advantage here is that it is made like completely watchable content, and not like an ad or not branded content, which frequently becomes tough to watch.”