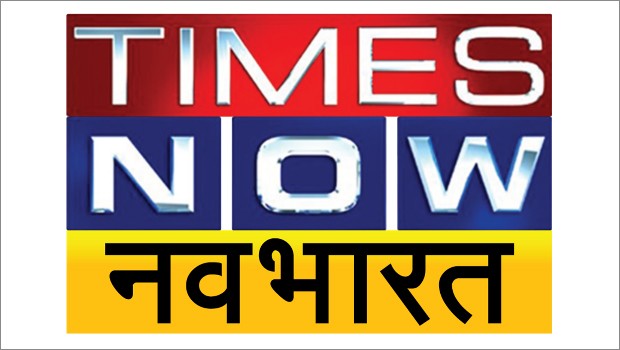 Times Network has announced the launch of its Hindi news channel, Times Now Navbharat in HD on August 01, 2021.

As mentioned in the press note, Times Now Navbharat with its positioning ‘Ab Badlega Bharat, Banega Navbharat’, will be the new and clear voice propelling change through an inclusive movement for a New India.

The channel will be led by anchor Navika Kumar as the Editor-in-Chief, Times Now Navbharat launches seven prime-time shows hosted by anchors including Sushant Sinha, Padmaja Joshi, Ankit Tyagi and Meenakshi Kandwal. Breaking away from stereotypical news formats, the channel explores an interactive and innovative news delivery that focuses on issues that directly impact the people and entails an in-depth and conclusive analysis of news through solution-oriented discussions. Primetime shows include Rashtravad at 5 pm, Log Tantra at 6 pm, Dhakad Exclusive at 7 pm, Sawal Public Ka at 8 pm, News Ki PaathShala at 9 pm and Opinion India at 10 pm.

MK Anand, MD and CEO, Times Network, said, “We have dominated the English news category with our flagship brand, Times Now, ever since we came into space. We are now thrilled to mark our debut into Indian language news with our maiden Hindi news channel. We believe news has the power to transform and create an impact for a better society. With Times Now Navbharat, we are pioneering disruption with a powerful proposition centred on the core promise of bringing news that will drive change, where we follow a Content philosophy that puts Social Impact and not Ratings at the centre. I am confident Times Now Navbharat will contribute to further improving the Hindi News broadcast space which is already served by some of the best media brands.”

The network has planned a marketing campaign across Hindi speaking markets. Conceptualised by McCann Worldgroup India, the channel will unveil its brand film which embodies the channel’s genesis and brand manifesto written by Prasoon Joshi. With a high decibel promotion planned across TV, outdoor, print, radio, multiplexes, social media and leading digital platforms, the Network has left no stone unturned for the launch of its Hindi news channel. With an unmissable display of the channel and its key faces, the network’s outdoor promotion spans over 400 sites across 19 cities including Mumbai, Delhi, Lucknow, Patna, Jaipur, Dehradun, Indore, Punjab, Raipur and Varanasi. The network is also set to splash its Print Ads across leading Hindi and English dailies of the country.

Times Now Navbharat will be available across all the leading Cable Operators, MSOs and DTH platforms.