In a conversation with BestMediaInfo.com, the Managing Director of GCMMF (Amul) says the decision to advertise in TV news doesn't only depend on the channel's TRP but other factors such as credibility and balance in the nature of news 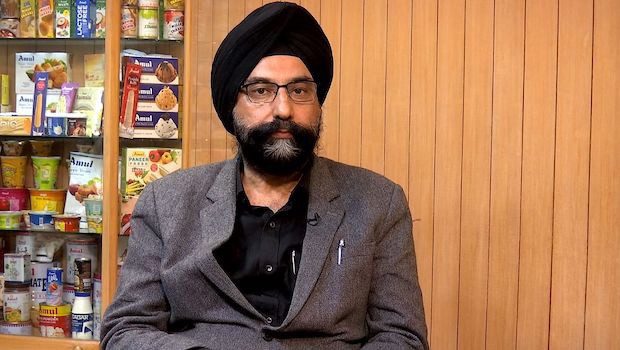 Around this time last year, toxicity in television news was at its peak following Bollywood actor Sushant Singh Rajput’s death, when many anchors were selling hatred in the name of news.

Cut to today, not only have news channels balanced their act and trying to offer a credible platform and a brand-safe environment, India Today Group has also announced the launch of a 24x7 Hindi news channel, Good News Today.

This shift can be credited to marketers who, in a series of reports by BestMediaInfo.com, conveyed their discomfort in advertising on platforms spreading hatred.

Talking to BestMediaInfo.com about the potential of a 24x7 good news channel, RS Sodhi, Managing Director, Gujarat Cooperative Milk Marketing Federation (Amul), said there is a potential for such an initiative. Such news content will do well both in terms of brands' support and viewership, he said.

“Advertisers not only focus on TRPs while selecting a channel but also keep in mind the type of content,” he added.

Sodhi was one of the major advertisers who expressed his displeasure over the toxicity on news channels.

Amul is a major advertiser on TV and allocates about 65% of its overall ad spend on the medium. “Our spends on news channels have increased manifold in the last five to seven years,” Sodhi said.

Sodhi said there has been a marked difference in the quality of content as compared to last year after BestMediaInfo.com kicked off a nationwide debate around toxicity.

"At that time, there was a lot of toxicity but now channels have become far more responsible," he said, adding consumers will take TV commercials seriously only when the platform is credible enough.

"You are looking for your brand's credibility through credible media, whom you can rely upon more. If the news channels show the truth, consumers will believe the TV commercial shown," he said.

Amul has entered many new categories such as biscuit, bread and rusk. How would the expansion impact your ad spend?

Amul’s ad spend is fixed for the last 60 years, ever since we started brand building. Our ad spend is 1% of the turnover. For last 10 years, in fact, we restricted the amount to 0.8%. It is not product or category-wise, but total brand (company) spends. Depending on the priority of the brand, competition and new launches, we keep allocating the budget.

How does TV news perform for your brand vis-a-vis other genres and mediums? On what basis do you select a channel?

TV is important because its reach is most economical. The type of message you can communicate through TV is not possible via OOH or print. There are a few segments you can’t reach through print, etc. Now we have digital also. We keep changing our medium or media plans depending on the brand, product and segments.

TV gets around 65% of our total ad spends. Within TV, we used to mainly spend on GEC. Now we shifted more towards sports, niche and vernacular. Spends on news have increased many times as compared to five to seven years ago, especially vernacular.

TRP is one way to select a news channel. Then come content, the geography and level of customers. There are niche channels, high-end and vernacular channels. There is no clear-cut formula. TRP is one way but not the only way.

BestMediaInfo’s efforts to end toxicity in TV news content were widely discussed as a wake-up call for news broadcasters. Many advertisers openly said they will not advertise on channels spreading toxicity in the name of news. Do you see that discussion changing the way the channels were operating of late?

Yes. At that time there was a lot of toxicity. But now channels have become far more responsible.

I think more than advertisers, it is the viewers who decide what news channels present. We only decide which channel is more reliable. Some people want to watch positive news, some seek neutral content. All kinds of news matter. The only thing that matters is the balance and the extent of negativity a channel shows. You can’t spend only on the basis of one type of news; there has to be a mix.

People say it is not a brand’s job to dictate news but isn’t it a marketer’s conscience and right to seek a brand-safe environment?

Both as a marketer and a viewer, how do you see a much cleaner news television sector impacting the social and business atmosphere?

Everyone wants to watch all kinds of content and news. If a news is true, it is okay to show it. But it depends to what extent and what kind of weightage is being given to that news. If you are exaggerating a small piece of negative news or showing it for a longer time than needed, the credibility of the channel is impacted. And advertisers will take note. You are not supporting any cause while advertising. You are looking for your brand credibility through credible media. If the news channels show the truth, consumers will believe the TV commercial shown.

What are the potentials for a channel that can offer 24x7 good news content?

It’s a very good initiative with huge potential and they will get support from good brands also.