As FTA channels continue to grow in terms of reach and viewership, broadcasters have started to work on getting the right ad rates for their spots, which currently go at a heavily discounted price as most of the viewership of such channels come from rural India 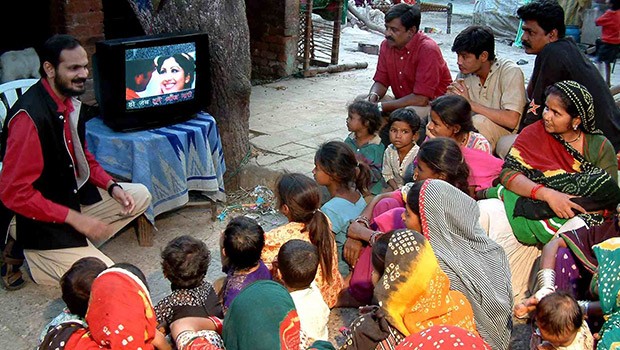 After gaining a strong foothold in the hinterlands, along with suburban centres, free-to-air (FTA) entertainment channels are now working towards getting their ad revenue on track.

The FTA general entertainment channels traditionally command a massive viewership but have not been able to convert it into ad revenues as advertisers don't pay them the premium prices, primarily because they have been re-running old shows from their parent channels. To correct their market perception, the new kids on the block are now focusing on upping their content game.

It has been a norm for FTA channels to run older content from their main GEC channels. However, a few FTA channels have been lately changing that norm and monetising their content in a better way.

Ranga said the FTA category, if added to the entertainment space, would be bigger than pay just in terms of its sheer numbers. He said at present there are more FTA GEC channels than pay ones.

While FTA channels do deliver viewership, they are not able to garner the same level of pricing for their advertising, Ranga said. The reason for this, he says, might be the lack of original content. “Their viewership is not valued well. The viewership share of FTA would be 40-45% of the total TV ecosystem whereas advertising does not garner more than 15-20%.”

Keeping this aspect in mind, Beginnen Media's first rural entertainment offering in India, Azaad, will have original content catering to the population with a rural mind in urban as well as rural areas, he said.

While Azaad is not an FTA channel, it is available on DD Free Dish and will not charge subscribers for it, Ranga said. He said the channel will have its own IPs, which will help to monetise it and it will work like any other pay channel.

According to Simran Hoon, CEO, The Q, the FTA category is a keenly watched space and one in which every TV network would like to be present. She said the big networks missed a huge opportunity by going off FTA in 2019 and so their return was imminent in mid-2020.

Hoon said as opposed to other FTAs, they pick content from digital spaces and package it for linear viewing, which makes their channel unique.

“The Q has a unique advantage of being a channel with content that is disruptive and never seen on TV. Compared to other FTA channels that run dated content from their pay platforms, we are unique in our proposition as we cherry-pick content from digital content creators and social media stars, and repackage it for linear TV viewing. This has made advertisers take notice of us and we are delighted to on-board many brands on our channel,” she stated.

Speaking about advertisers’ response to the channels, she said, “At The Q, we are extremely delighted with our peak performance of 53 GRPs in six weeks of launch on DD Free Dish. We are a strong player in the GEC-2 range of channels now and are part of most advertisers’ media plans, particularly in the FMCG, healthcare and ecommerce sectors.”

While FTA GEC channels have been successfully catering to audiences for the past few years, we have seen a number of networks launch music, movie and news channels in the category.

According to Rohan Lavsi, Head, Hindi Movies Cluster, Viacom18, despite being a crowded category, the movie genre saw two launches from Viacom 18, including the relaunch of ‘Rishtey Cineplex’.

“We launched ‘Colors Cineplex Bollywood’ in April 2021, targeting viewers who only like to watch Bollywood content and it has picked up well. We believe that this year, all our channels will gain market share in their respective segments.”

Lavsi said the advertising response on both the channels has been positive and from Q2, they have seen month-on-month ad growth. During a couple of months in Q3 and Q4, advertising actually grew over the same period in FY ’20.

“Colors Cineplex grew in terms of advertising for the full year. We not only grew in terms of absolute viewership but also our market share. The biggest push for us came when we did our Cricket series ‘Road Safety World Series’ in March 2021. At Rishtey Cineplex, we saw advertising grow month on month since its relaunch in June 2020. This trend continues in the present year since it has cemented its position in Top5.”