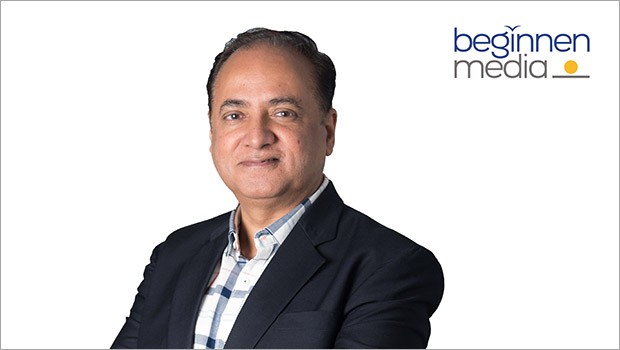 Bharat Kumar Ranga, a stalwart of the broadcast industry and former Chief Content and Creative Officer of Zee Entertainment Enterprises, has announced the launch of a Hindi General Entertainment Channel named Azaad.

Positioned as India’s first rural entertainment channel, Azaad is the first offering from Beginnen Media and is available on DD Free Dish and select DPOs in the heartland markets from May 2021 with the premise of being ‘People First. Rural First’. Headquartered in Mumbai, Beginnen Media was launched in October 2019.

Ranga, after exiting Zeel in 2014, dabbled with regional channels, film production and ad sales as an entrepreneur. “We are relooking at the media business. The real transition is not from broadcasting to digital but it is actually from being a creative-centric industry to a consumer-centric one. We have created a new model, which is the first consumer-centric channel, Azaad. The rural mindset is completely ignored and we would like to capture their thought process. This essentially means our content will be as dynamic as the taste of its viewers. The content will be created based on what the rural consumer would like to see and not what we want to provide to them,” said Ranga, Managing Director, Beginnen Media. As its name suggests, the Vision of Beginnen Media is to pioneer a ‘Consumer-Specific Entertainment Channel’ (CSEC).

In order to get a deeper understanding of the rural mindset by gathering consumer insights, Beginnen Media commissioned three extensive surveys in association with Santosh Desai’s Future Brands India. “The channel’s content will be consistently guided by consumer insights gathered at least twice a year. In fact, unlike other channels, 75% of our resources are dedicated to consumer insight functions while 25% focus will be on content,” Ranga said.

At a time when most channels are opting for the digital medium, Ranga said he felt there is an opportunity for a channel that specifically caters to the rural audience. During his stint at Zee Entertainment, he was at the helm of the launch of free-to-air (FTA) channel, Zee Anmol, in 2013.

“With Zee Anmol, we would provide the same urban content to the rural audience after a gap of a couple of years. No content is specifically made keeping the rural audience in mind. We saw an opportunity with Azaad in creating narratives that resonate with their emotions and aspirations,” he said.

Azaad aims to be a category creator in the entertainment space with innovation, integration and excellence centred around customer specialisation. Beginnen Media will be investing 45% of their spends towards marketing and distribution of Azaad.

“We are looking at amplifiers as virality and word of mouth works in the rural areas. Being a new category, we have to create the first blueprint for its marketing. If it works, it will be replicated by others. Our marketing will include several aspects such as innovation with content investment in marketing. With DD Free Dish and cable operators expanding our reach in India, even distribution is a critical aspect of marketing,” he said.

Ranga, however, doesn’t see the channel standing out in the clutter of television channels immediately. “It will not stand out initially but will walk into your heart gradually. On the face of it, it will look like any of the other channels. But over a period of time, one will be able to see the difference in content,” he said.

Ranga insists that though the channel will focus on the rural audience, it is not a FTA channel.

“It is a bold move. There are people with a rural mindset even in urban areas but they aren’t receiving content especially for them. Rural viewers are often confused as free viewers. Rural is a mindset and in India, 70% of our population is rural. In the first year, we want to create a niche in this super mass category of rural audience,” he said.

According to Ranga, the channel offers advertisers the same advantages as digital offer but with zero spillage. “Advertisers want rural audiences but evaluate them on urban viewership. We will offer advertisers a digital environment on a legacy platform. Since we cater to the rural audience, advertisers can target them through our channel. We are making sure there is zero spillage and creating a safe and relevant environment for advertisers as it allows them to reach their target audience more effectively with perfectly programmable advertising.”