This is a part of the 360-degree campaign on TV, digital and social to talk about upGrad’s MBA programmes as the batch launches for MBA across B-Schools are coinciding with the upcoming sports extravaganza. The Womb has conceptualised the ad 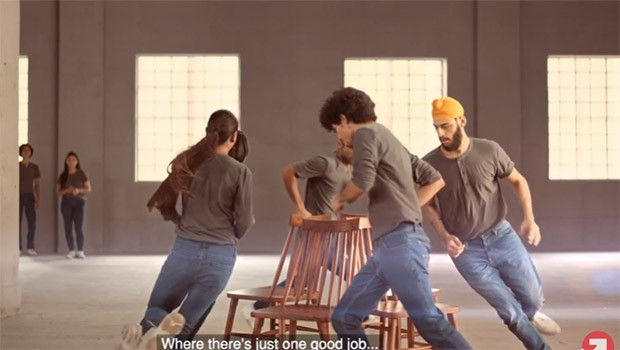 This is a part of the 360-degree campaign on TV, digital and social to talk about upGrad’s MBA programs as the batch launches for MBA across B-Schools are coinciding with the upcoming sports extravaganza.

The avant-garde TVC is the brand’s attempt to showcase the rat race among students for pursuing MBA since a young age and how even after receiving their degree, they still have to compete in a crowd to secure jobs. upGrad talks about how to pick the relevant option for oneself and look outside the box, beyond the conventional options, that does not give you a namesake MBA degree but gives you a career-outcome linked MBA degree.

Arjun Mohan, CEO, India, upGrad, said, “While saving up to pursue a higher education degree, working professionals often have to halt their career. This is where edtech leaders like upGrad are working rigorously to bring Indians a variety of online MBA options that offer quality content pedagogy backed with global university credentials and can be pursued without having them to quit their lucrative jobs.”

“Since the pandemic hit the world, quite naturally even the traditional offline MBAs migrated to become ‘online MBA’, thus blurring the divide between the two. Furthermore, even the recruitment of 2020 and 2021 pass-outs happened online. This has bolstered the trust in online MBA for aspirants as well as recruiters. Therefore, our strategically timed campaign is a wake-up call for the youth and working professionals to invest in real value-adding, outcome-oriented education that can result in employability and career progression,” Mohan added.

“We are excited to collaborate with upGrad for their new ad campaign. The World Test Championship and Wimbledon are global marquee events keenly followed by the viewers across India.  In the coming few months, these events will be one of the biggest platforms for marketers to leverage. The WTC will be broadcast at a prime time across five languages; we are confident of setting a new viewership record,” said Anil Jayaraj, Executive Vice-President, Star Sports.

“The ad reflects on the nostalgia of the quintessential childhood game of musical chairs and highlights the dearth of outcome-oriented MBA degrees, reinforcing the brand positioning of ‘Sirf Naam Ki Nahin, Kaam Ki Degree’. It is a poignant take on the MBA education system, admissions & outcome infrastructure in the country – a palpable dissonance, which leading edtech players like upGrad are bridging,” said Navin Talreja, Co-Founder, The Womb, the agency that conceptualised the ad.

The MBA ad campaign by upGrad will be first released on YouTube and Star Sports followed by over 50 TV channels in a range of regional languages such as Hindi, Marathi, Tamil, Kannada and Telugu.